© 2020 Autosport.  All rights reserved.
Previous / Tanak: Rally Estonia "one I had to win"
Next / Ogier: Tyre issues restrained charge against Hyundais

M-Sport's Richard Millener and Hyundai's Andrea Adamo told Autosport it was a successful debut for the Tartu-based competition, which was drafted in to bolster a calendar badly depleted by the coronavirus pandemic.

Estonia ran as an official WRC promotional event in 2019 as the country pushed for a slot in the WRC - and the cancellation of multiple events this year, including Rally Portugal, Rally Finland, Rally New Zealand, the Safari Rally and Wales Rally GB meant that the long-term project materialised five years early.

PLUS: Home hero Tanak elates Estonia to reawaken WRC from its slumber

Millener said Estonia was a barometer against which all rounds of the WRC must now compere themselves to.

"They have certainly proved themselves worthy of a spot on the calendar - and I think they'll become the blueprint for all future events," he said.

"The organisers have delivered an incredible rally here this weekend. If you look at what they have managed to achieve in such a short space of time it is extremely impressive especially given the current circumstances and restrictions we all have to adhere to at the moment.

"The only thing missing was the fans, and I for one would love to come back and see them as we know how passionate the Estonians are about their rallying." 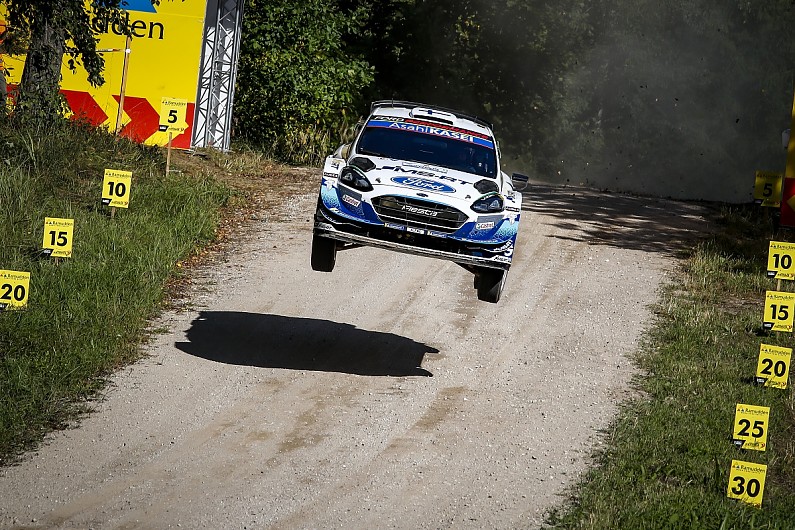 Millener's counterpart in the Hyundai garage was as glowing in his assessment of the meeting, which was won by reigning WRC champion Ott Tanak by 22.2 seconds from his Hyundai team-mate, Craig Breen.

"For me, Estonia deserves a World Rally Championship round more than other countries in which we are currently rallying," said Adamo.

"I am amazed at the job done that has been done by the local organiser and by the government. They did not have any past experience to refer to so I have to say they have done an amazing job. I'm very happy for Estonia.

"We also have to be thankful for this country, a country that is brave enough to put this event together and allow us to come back rallying."

Share this article on Facebook Twitter LinkedIn Email
Previous / Tanak: Rally Estonia "one I had to win"
Next / Ogier: Tyre issues restrained charge against Hyundais
? 2020 Autosport