© 2019 Autosport.  All rights reserved.
Previous / Could Toyota move for Ogier after Tanak moves?
Next / Promoted: The story behind Tanak's rise to WRC glory

What next in the WRC's mad driver market? Will - and should - Ogier step into Tanak's Toyota seat?

Double British Rally champion Russell Brookes, famous for driving his 'Andrews Heat for Hire' liveried cars, has passed away at the age of 74.

Born on August 16, 1945, Brookes began competing in the early '60s. But it was '74 when Brookes signed the pioneering deal with Andrews-Sykes that meant the company's profits grew and Brookes' profile skyrocketed.

The Worcestershire-born driver got a big break in 1976 when he received a works Ford Escort for the British Rally Championship - which he lost to Ari Vatanen - but in the firm's RS1800 he took his first British title one year later against firm competition.

He had to wait until 1985 for his second British title, coming at the end of a fierce two-year battle with Opel Manta 400 works' team-mate Jimmy McRae, father of '95 champion Colin.

Despite that almost eight-year wait for a title, Brookes took wins - in most cases multiple wins - on most of the major prestigious rallies of the period.

His victories included the Circuit of Ireland, Manx, Ulster, Welsh and Scottish rallies, all at a time when the majority of the drivers in the World Rally Championship would come to the UK to compete in parallel programmes, raising competition. 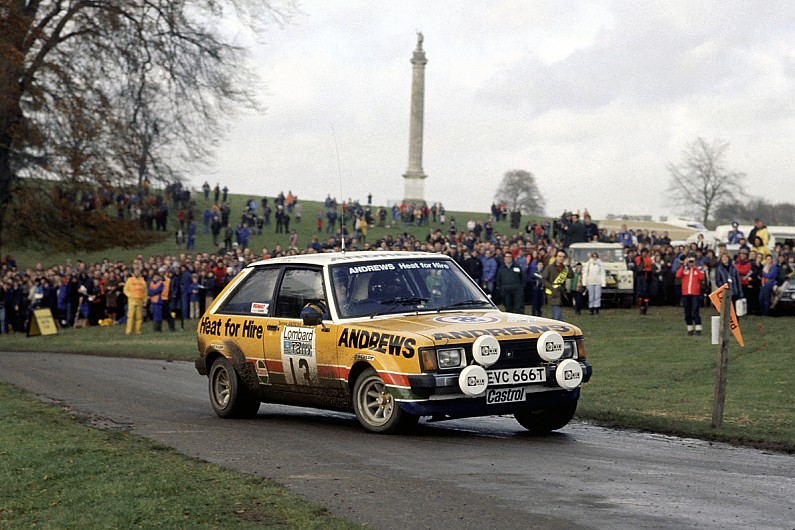 Brookes rarely ventured into the WRC but scored three podiums on his home event, the RAC Rally (now Wales Rally GB), a sixth place on Rally Finland in a Vauxhall Chevette in 1982 and retired from the Tour of Corsica in '77 while driving for Ford.

In his career Brookes drove everything from Minis, Talbot Sunbeam Lotus, Lancia Delta Integrales, Porsche 911s and Opel Kadetts - as well as his trusty Escorts and Mantas - in a career which spanned three decades as he retired from regular competition at the end of 1991.

He still competed in sporadic events and even won the historic-based RAC Rally in 1997, and was still giving demos in his eclectic cars last year - a regular at events like Rallyday and Race Retro.

The public outpouring has already begun via social media and Brookes will be sorely missed by his family and the thousands of loyal fans he leaves behind, Brookes being synonymous with and one of the best drivers of arguably the greatest period in British rallying history.

Previous / Could Toyota move for Ogier after Tanak moves?
Next / Promoted: The story behind Tanak's rise to WRC glory
? 2019 Autosport

What next in the WRC's mad driver market? Will - and should - Ogier step into Tanak's Toyota seat?