GP RacingWhy stability can help Haas recover from its 2019 nadir

Lewis DuncanHow Dorna is trying to save MotoGP 2020

I've been lucky enough to drive more than 100 racing cars during my career, and I'm now fortunate to count two among that number as Lamborghinis.

I was incredibly excited to return to the Super Trofeo cockpit, for the first time since 2011, for an updated experience in Lamborghini's new Huracan Evo.

This article is brought to you by Automobili Lamborghini S.p.A.

This championship has had eight seasons of further development since I last tasted the Lamborghini driving experience (and the Super Trofeo's excellent hospitality), and the result is a sophisticated - and seriously fast - new car.

It's been impossible not to notice the rise of Lamborghini more widely in GT racing recently, in a field of intense competition against the likes of Ferrari, Porsche and Mercedes, and I was curious to understand how Lamborghini has made itself stand apart in such a competitive environment.

In my previous experience of the Super Trofeo, when the series was in relative infancy, I shared a Gallardo LP560-4 with professional sportscar racer Marino Franchitti in a race supporting the FIA GT1 world championship on Silverstone's grand prix circuit.

The car was... rudimentary in racing terms. It was phenomenal on the straights, but much of the technology was undercooked for track purposes and the Gallardo proved unreliable.

It's clear Lamborghini has worked incredibly hard since those early days to upscale the sophistication of its racing technology, supercharge the driving experience it can offer, and build cars that people really want to own and race.

The Super Trofeo remains the starting point for those who wish to race Lamborghinis in a professional environment, whether they be young up-and-comers or wealthy amateurs, and I was keen to see what Lamborghini now has to offer.

The Huracan absolutely does not disappoint.

Watch the video above to see the full test. 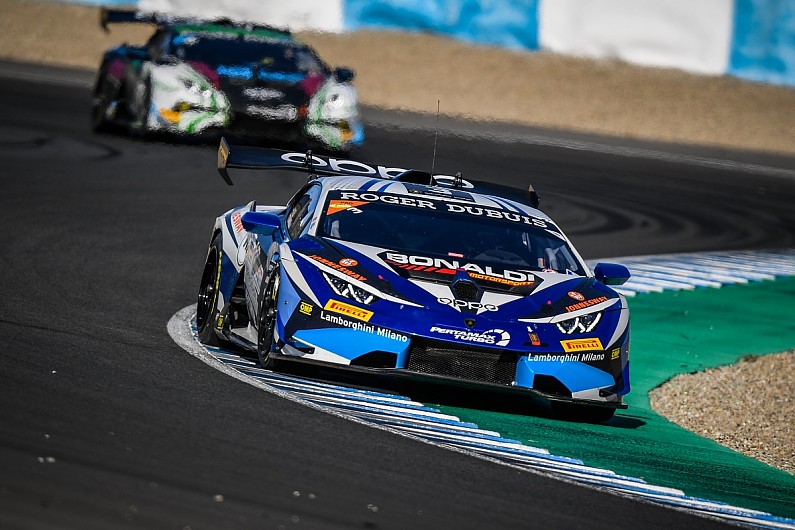