UK competitors made the annual trip abroad for the Zandvoort Historic Grand Prix last weekend, with Nick Cantillon's Williams FW07C winning the main feature. While in the UK, the 750 Motor Club and MG Car Club held national race meetings of their own

Formula 1 cars raced on the remodelled Zandvoort for the first time last weekend, but it was the FIA Masters Historic three-litre cars that kicked-off a new era at the annual Historic Grand Prix event.

The top four were reversed on Sunday's grid, but within three laps Cantillon had burst through into a decisive lead. Brooks spun under braking for Tarzan on lap 10, gifting second and third to Werner and Hazell. Brooks, Constable and Georg Hallau (Theodore N183) completed the top six. 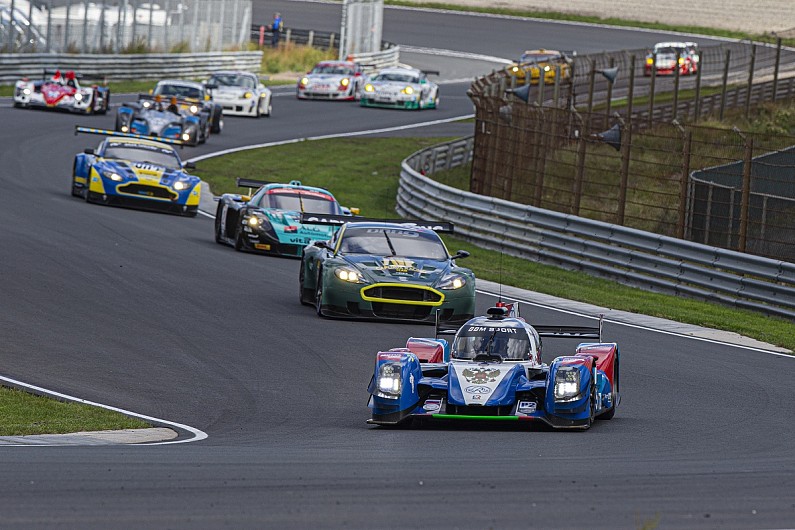 Dutch big-hitter David Hart's DHG team enjoyed a trio of successes on the programme, scaled back due to COVID-19 travel restrictions with the third FIA F3 European competition, Historic Sports Car Club's Historic F2 and the HGPCA forced to cancel their grids.

Hart and Nicky Pastorelli won the Masters Sportscar race in a Lola T70 Mk3B and the second Aston Martin Endurance Legends race in a Maserati MC12 GT1. In a thrilling finish, Pastorelli drafted past the ORECA-Nissan 03 of Philippe Papin - started by Karl Pedrazza - on the sprint to the line.

Top qualifier Jack Dex had stormed his BR01-Nissan (above) to victory in the opening Endurance Legends bout, beating Hart/Pastorelli by a lap. Pedrazza/Papin led the chase, before a three-minute stop/go penalty for an unsafe pit release stopped Dex from doubling up. 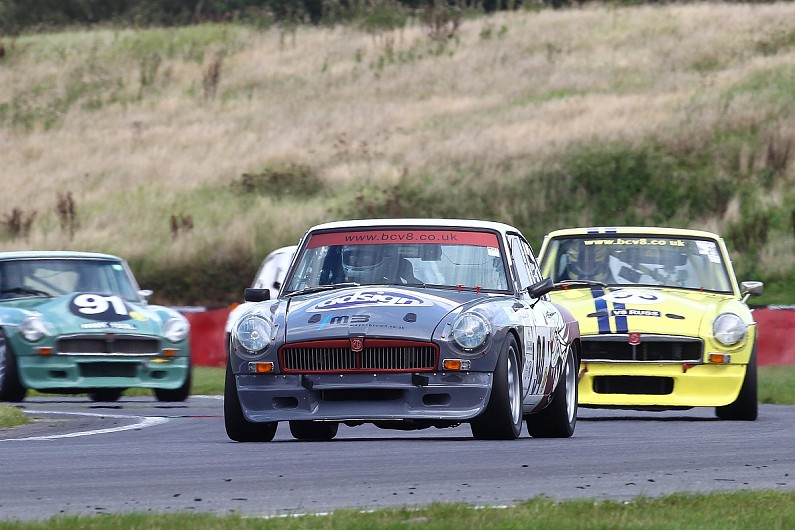 The MG Car Club arrived at Snetterton for its second event of the truncated 2020 season on a high after a successful outing at Donington Park in July, and with a bumper schedule to get through the racing did not disappoint on the 300 layout.

The BCV8 series raced solely on the Saturday and in race one Ollie Neaves (above) led from start to finish, but behind him some of the drives were just as remarkable. Following mechanical issues in qualifying Neil Fowler started at the back of the grid in 26th, but after a stunning first lap found himself in fifth place, which became third by the end of lap three.

Before Fowler could challenge the leaders, Ronald Watt tangled with Paul Linfield through Coram and into Murrays. Watt hit the inside kerb at the final corner and was launched into a mid-air roll, eventually coming to a stop at the exit of Murrays.

Watt was unhurt and later confirmed that the accident was caused by a mistake on his part, but recovery of his machine meant that the safety car was out for most of the 20-minute race, leaving a one-lap shootout at the end to decide the result. Neaves kept his nerve and took his third win of the season ahead of Russell McCarthy and the charging Fowler.

Race two did not go as well for Fowler, despite once again making a great start from the back of the grid, as he was caught out by the concertina effect into the Wilson hairpin and ran into the back of another car, forcing him to retire immediately.

Neaves again took the victory, keeping his 100% record for the 2020 season as McCarthy followed him home in second place once again, with Ian Prior third. Although Watt's MGB Roadster looked surprisingly intact after his race-one wreck, there was significant bodywork damage and he was unable to take part in race two. 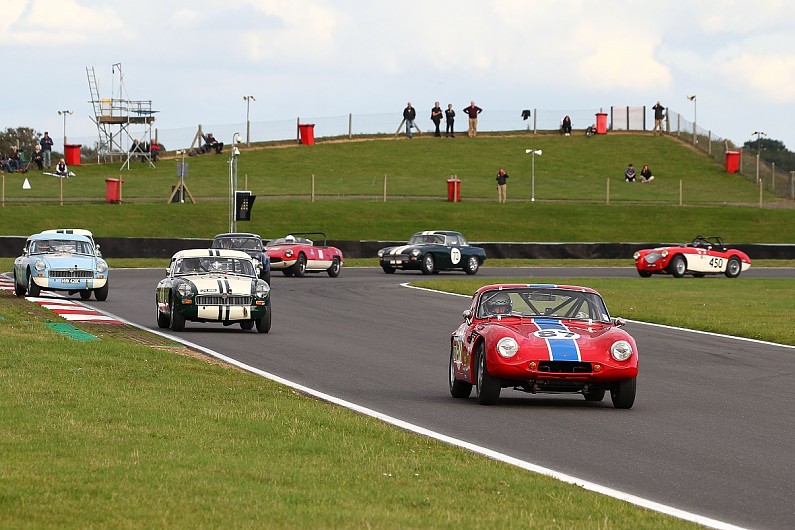 Saturday's race of the day surely had to go to the weekend's first Equipe GTS bout, where there was an epic battle for the lead between Mark Ashworth in a TVR Grantura (above) and Allan Ross-Jones in a Triumph TR4. Lee Atkins had qualified his Grantura on pole, but lost the lead to Ashworth's TVR. Although Atkins got himself back into the lead into Riches on lap two, he retired just two laps later.

Ross-Jones then took the lead from Ashworth on the same lap and remained ahead until lap 10 when Ashworth again regained the position, only to run wide at Agostini, Ross-Jones taking the spot back. They swapped positions again at the Bomb Hole, and from there Ashworth went on to win by just 0.8 seconds from Ross-Jones, with Mark Holme's MGB third.

Race two on Sunday left a feeling of what could have been. Ashworth started on pole and kept the lead from Holme, with Ross-Jones in third, but it did not take long for Saturday's runner-up to take the lead. Instead of getting a much-anticipated repeat of the previous day's race, Ross-Jones's TR4 developed a mechanical problem and Ashworth was able to close the gap rapidly, taking the lead around the outside of Riches on lap eight.

Ross-Jones then dropped back behind Holme before eventually retiring on the penultimate lap, as Ashworth doubled up from Holme and Harry Willmott in his MGB. Further down there was a hectic battle between a number of drivers in the lower reaches of the top 10, with Paul Mortimer, Mark Gordon, Mike Lillywhite, Colin Kingsnorth and Rob Cobden squabbling over the final few laps - all five were separated by just over two and a half seconds at the chequered flag.

The Aero Racing Morgan Challenge witnessed the most dominant performances of the weekend from Andrew Thompson, driving a Morgan ARV6, who controlled both encounters with ease and lapped almost half the field in the process. Both times he finished ahead of Simon Orebi Gann, also in a Morgan ARV6.

The final MGCC event of 2020 is scheduled to take place at Oulton Park on 3 October. 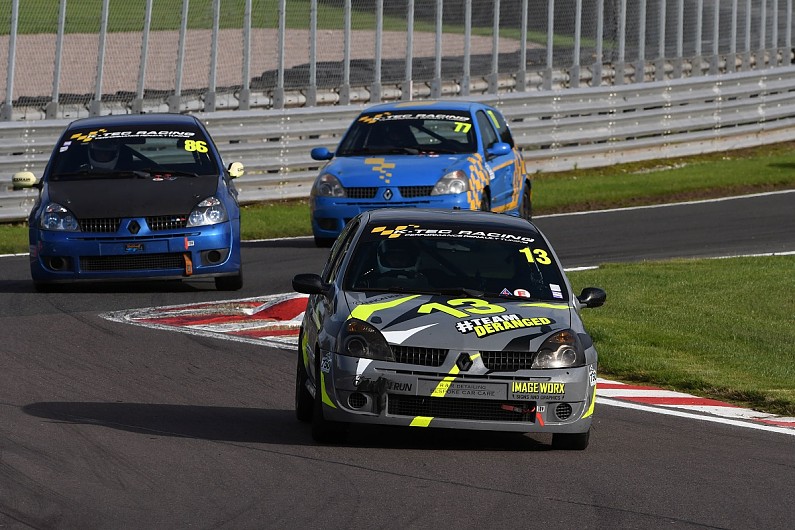 The Clio 182 Championship provided plenty of excitement at Oulton Park, with Josh Larkin initially losing out in a photo-finish for victory, but then being given the win when on-the-road winner Scott Edgar was penalised.

The contest came alive after leader Ryan Polley, who had won the opening race, lost drive exiting Shell Oil corner and retired. This left Simon Freeman at the head of a three-car battle for victory, but contact between him and Edgar sent Freeman across the grass and down to fifth. Edgar was just ahead of Larkin at the finish, but was demoted to fifth with a time penalty for his contact with Freeman.

In the first race, polesitter Polley briefly dropped back at the start, leaving Edgar with the lead until the 2019 champion and Oliver Waind both got past at Old Hall in one move. So began a duel for second between Waind and Edgar that was eventually ended by a trip through the grass for the under-pressure Waind, giving Edgar the chance to come out on top as they followed Polley home.

Dan Clowes had pole for the first F1000 Championship race, but second-on-the-grid Lee Morgan remained on his tail, eventually passing him at Lodge on the final lap and taking the chequered flag less than a second ahead. The second race was a masterclass from Morgan, who went from eighth to first in little more than a lap. From there he pulled away from the rest of the pack while Clowes was slower to make progress, eventually finishing a distant third. The race featured another strong showing from second-placed youngster Jack Tomalin in his first season of F1000. 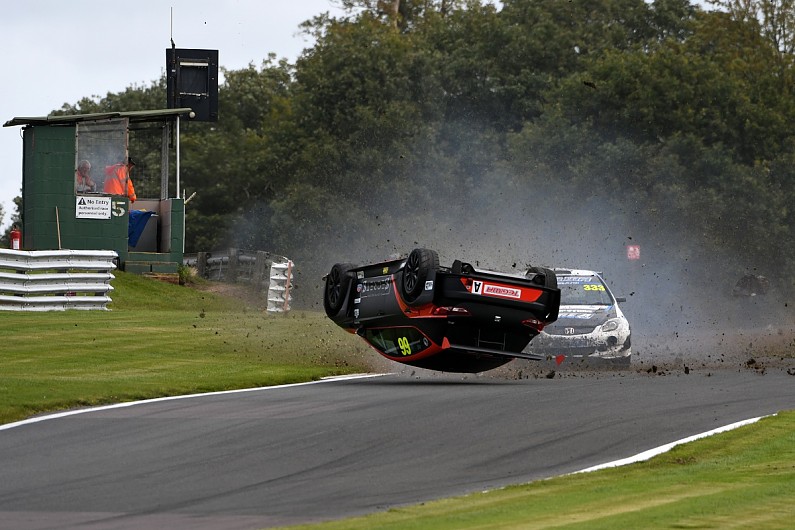 An early red flag in the Club Enduro race, due to the overturned SEAT Leon Eurocup of Ade Wootton and Ryan Hooker at Cascades (above), threw pitstop strategy into disarray. Alan Henderson's Lotus Elise S2 emerged as the victor after chasing down the Leon Eurocup of Carl Swift and Robert Baker, passing when Baker was delayed by traffic.

With the top three in the Bikesports Championship missing from the opening race due to mechanical issues, Charles Hall (below) took advantage of his rivals' absence to take his first victory of the season in his Spire. Joe Stables was the closest pursuer and crossed the line in second place, but then his Radical PR6 was found to be underweight, and his disqualification promoted Class B winner Leon Morrell (Radical SR3) to second overall.

Another good start later in the day from Hall propelled him into the lead, and Stables quickly climbed from his grid position of eighth to third. Josh Smith, his Radical PR6 now repaired after missing the opening race, defended second place valiantly from Stables for lap after lap, but Stables ultimately prevailed to take the runner-up spot.

The BMW Car Club Racing Championship was full of drama, with Michael Cutt attempting to make up six seconds in the first race on leader Michael Pensavalle after a bad start. He caught the E46 M3 after Pensavalle went wide in the closing stages of the race and got past. But Cutt was denied the double later in the day when his car came to a stop at Cascades on the final lap while negotiating his way through lapped traffic, leaving Pensavalle the winner. 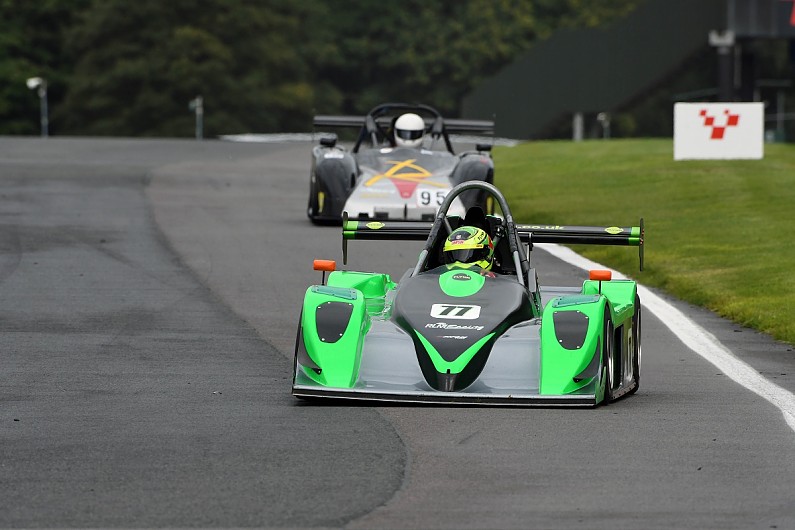