© 2020 Autosport.  All rights reserved.
Previous / The difficult historics decision that was inevitable
Next / Historic F1 and UK competitors take on Zandvoort

In this week's National Driver Rankings Mark Holme and Ollie Neaves were the big movers following the MG Car Club's meeting at Snetterton, while further down Ryan Polley added another win in the Clio 182s at Oulton Park

Last weekend was a relatively quiet one for national motorsport, meaning that the top 22 positions in our race winner's table for the UK and Ireland have remained unchanged.

A clutch of drivers have moved onto four wins apiece thanks largely to the 750 Motor Club meetings at Oulton Park and Anglesey and the MG Car Club competition at Snetterton. Foremost among them is Mark Holme, who has won three times in his Austin-Healey 3000 at Donington (in Equipe Sprint), Thruxton (GT & Sports Car Cup) and Snetterton (Equipe Pre '63/Pre '50, above), and also sneaked in a Fun Cup - very different machinery - win back in August at Snetterton.

That moved Holme into 23rd position, while a new entry to the top 50 in 26th spot is Ollie Neaves (below), who bagged a brace of victories at Snetterton in his MGB GTV8, in which he's unbeaten so far this year.

Top of the 750MC brigade in action over the weekend was Ryan Polley, who moves into 28th spot thanks to his fourth win of the season at Oulton in the club's Renault Clio 182 contest - had it not been for a mechanical glitch in the second race, a fifth win could have elevated the grandson of hot rod legend George Polley into the top 15. 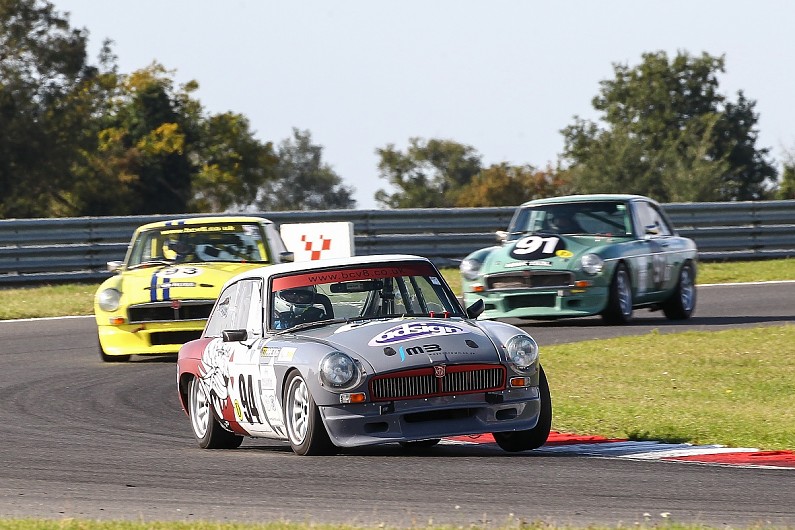 Share this article on Facebook Twitter LinkedIn Email
Previous / The difficult historics decision that was inevitable
Next / Historic F1 and UK competitors take on Zandvoort
? 2020 Autosport