Four-time IndyCar champion Dario Franchitti will drive in this weekend's Race of Remembrance at Anglesey, an endurance race run by the Mission Motorsport charity for the rehabilitation of military personnel.

Franchitti will compete in a Mission Motorsport-run team and partner with his GT and sportscar racer brother Marino, as well as journalist and racer Dickie Meaden.

The trio will also be joined by newly-crowned Ferrari Challenge UK champion Jamie Clarke, as well as charity beneficiary Sophie Burt in her racing debut.

Franchitti retired from racing after injuries sustained in an IndyCar crash at Houston in 2013, but he returned to competition at this year's Goodwood Revival, pictured below.

The Race of Remembrance will be the second race of Franchitti's comeback.

The three-time Indianapolis 500 winner will drive a Mazda MX-5 prepared and run by Mission Motorsport employees and charity beneficiaries for Franchitti's debut in the event and at Anglesey.

"It's a real honour to race with Sophie and Mission Motorsport," Franchitti said. "I have a great appreciation for the charity and, while I've never raced at Anglesey before, I can't wait to get out there." 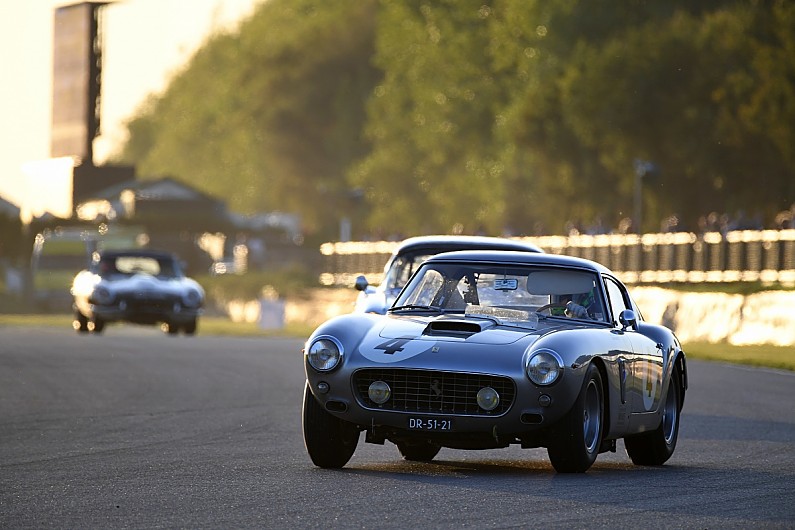 The Race of Remembrance is a 12-hour race that is split across Saturday and Sunday either side of a suspension at 11.00 local time on Sunday for a Remembrance Sunday service before the event resumes.

Over 50 teams are to take part this weekend in the sixth running of the event.

Mission Motorsport supports the rehabilitation and employment of former military personnel, often through sport, and the Race of Remembrance is the culmination of the charity's sporting activities each year.

The race is run to raise awareness for the recovery and rehabilitation of those affected by military operations, as well as to provide roles in the race to the charity's beneficiaries.

Mission Motorsport will run four of the competing teams this weekend, which will be crewed by over 40 charity beneficiaries working towards individual recovery goals.