© 2020 Autosport.  All rights reserved.
Previous / "Not fair" to impose team orders on Rins now - Mir
Next / No team orders at Ducati after Aragon GP fallout

LCR's Cal Crutchlow does not believe Honda was wrong in moving Alex Marquez out of its factory MotoGP team for 2021 before the season had begun, despite his recent form.

The 2019 Moto2 champion was signed by HRC to replace the retiring Jorge Lorenzo for 2020 at the factory team, but was moved out of the Repsol-backed garage for 2021 before the first race of the year to make way for Pol Espargaro.

In the last two weeks, Marquez gave Honda its first podium of 2020 with a second in a wet French Grand Prix before repeating that performance in the dry at Aragon having fought for the victory with Suzuki's Alex Rins.

HRC's decision could be seen as being too hasty, but Crutchlow - who will be moved out of LCR to make way for Marquez, who extended his deal with Honda for two more years - disagrees with this.

"No, I think Honda jumped on their instincts," Crutchlow said when asked if Honda made its decision too soon regarding Marquez's future. 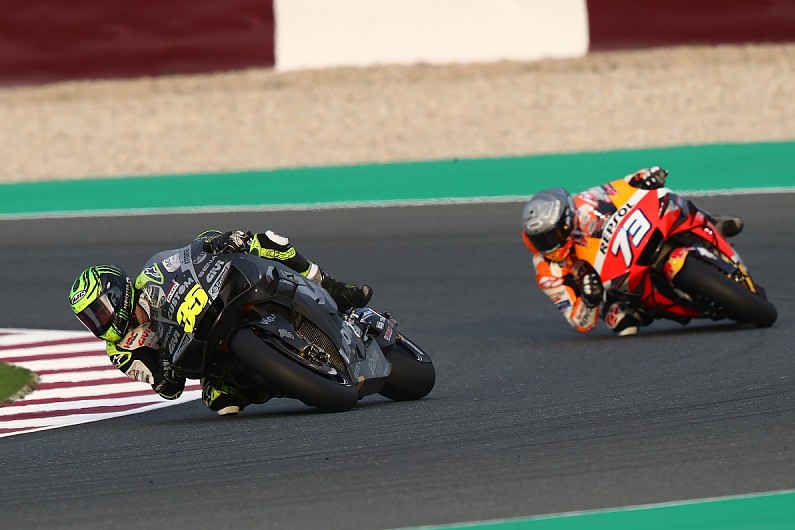 "Now, I will say as you know, he's on a Honda contract, he's going to get a factory bike next year.

"I think my team is a very good team and I think he'll do just as well in either team.

"Of course, there's all these resources [at the factory team], but I'm sure he's not going to worry for resources."

Honda confirmed on Thursday ahead of this weekend's Teruel GP that Crutchlow's current team-mate Takaaki Nakagami has signed a new multi-year deal to remain with LCR.

Crutchlow hopes Nakagami - who is Honda's leading rider in the standings in fifth and 29 points from the lead - has "gotten a good deal" as he's been "riding very well".

"With regards to Taka, we all knew he was going to sign again with Honda," he added.

"Hopefully he's got a good deal because he's doing a good job this year.

"Having said that, he's still not a podium finisher and he's been riding very, very well.

"There's no doubt about that. Maybe this weekend he's a podium finisher."

Share this article on Facebook Twitter LinkedIn Email
Previous / "Not fair" to impose team orders on Rins now - Mir
Next / No team orders at Ducati after Aragon GP fallout
? 2020 Autosport