© 2020 Autosport.  All rights reserved.
Previous / No "perfect" way to control COVID in MotoGP paddock
Next / Crutchlow: Honda not wrong to move Marquez to LCR

Joan Mir says it wouldn't be "fair" Suzuki to impose team orders on Alex Rins for the final races as he still has a chance to win the MotoGP championship.

After his third-place finish in the Aragon Grand Prix while Fabio Quartararo finished without points in 18th, Mir now leads the standings by six points with four rounds to go.

Team-mate Rins became MotoGP's eighth different winner this season last time out, but is still 36 points down in the standings, leading to questions on whether Suzuki might look to deploy team orders.

But Mir says no discussions have been had yet and feels it "makes no sense" to do so either because Rins still has a chance to fight for the title.

"No, because Alex has the chance to get the title," Mir replied when asked if he'd spoken with Suzuki bosses about team orders.

"When he will not have the chance to get the title, then it can be a good thing to talk about.

"But at the moment, it makes no sense to talk about that because Alex is also doing a great job and it's not fair to say to him about team orders if he has the chance.

"So, probably we have to continue like that and when he will not have possibilities, I think - not me - Davide [Brivio] will speak with both riders.

Rins confirms no discussions have taken place regarding team orders and feels it would be "a little wrong" if this was the case. 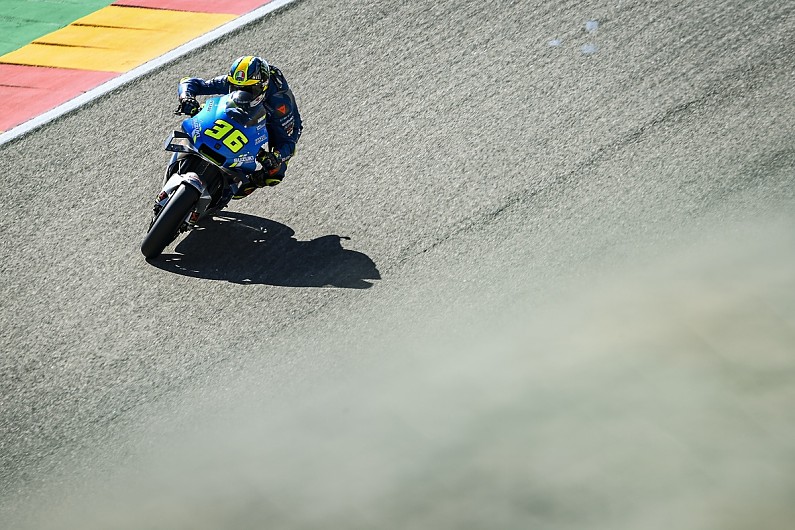 "Talking about hierarchy with 100 points at stake, I think it's starting to talk very soon," Rins added.

"Nobody at Suzuki has asked me to let Joan pass, I would see it a little wrong at this stage of the championship.

"I'm 36 points away and anything is possible.

"If I run out of mathematical options, of course the first one who wants a Suzuki to win is me.

"I've been here since 2017 [working] out of my skin to try to have a competitive bike, and if it's not me, then better it be my team-mate.

"But in the end it will be seen, there are few races left but there are many points at stake, it will be tight until the end for sure."

Despite leading the championship, Mir thinks it would be "a big mistake" to alter his approach because of this.

"I am the same one than before," Mir said when asked if his mindset had changed since taking the points lead.

"The only thing is the press conference I sit in the middle. But apart from that I am the same.

"I'm not changing in any case the way to approach the races, I will not change anything.

"I will just continue to maintain [this approach], which is always the most difficult thing.

"So, this is what we will try to do. Will be a big mistake if I change something now."

Share this article on Facebook Twitter LinkedIn Email
Previous / No "perfect" way to control COVID in MotoGP paddock
Next / Crutchlow: Honda not wrong to move Marquez to LCR
? 2020 Autosport