© 2021 Autosport.  All rights reserved.
Previous / De Silvestro to drive in Indy 500 with Paretta team
Next / IndyCar season-opener pushed back to mid-April

Alexander Rossi finished on top after a second day of IndyCar testing on Sebring's short course, while he also got behind the wheel of a prototype Acura machine.

Jack Harvey of Meyer Shank Racing, which has a technical partnership with Michael Andretti's squad, was third, ahead of 2012 champion Ryan Hunter-Reay.

For both Andretti and Meyer Shank, this was the first test of the season, and Rossi's fastest effort was half a tenth quicker than Scott Dixon's session-leading time from Monday.

But Rossi cautioned against reading too much into the times after two days' worth of testing at the venue.

"I know we come here as the one track that can kind of represent a street course in testing but, honestly, after two days of cars running here, there's so much grip that it's pretty much a road course," he told Autosport.

"That said, we did focus a lot on St. Pete packages for when we actually race there [the St. Petersburg round has been shifted from mid-March to mid-April in light of the pandemic constraints].

"We went through four different cars and were able to tune them all to produce a similar lap time, which addresses one of our big weaknesses in previous years - not being able to roll off the truck with a good balance all the time.

"I think toward the end of last year we had found our stride in terms of performance, so it's good to see that carry over and to be able to match Scott [Dixon] from the morning and afternoon of testing the day before."

The Rahal Letterman Lanigan Racing-Honda squad also hit the track for the first time on Tuesday, and Graham Rahal turned a remarkable 160 laps on his way to fifth fastest. 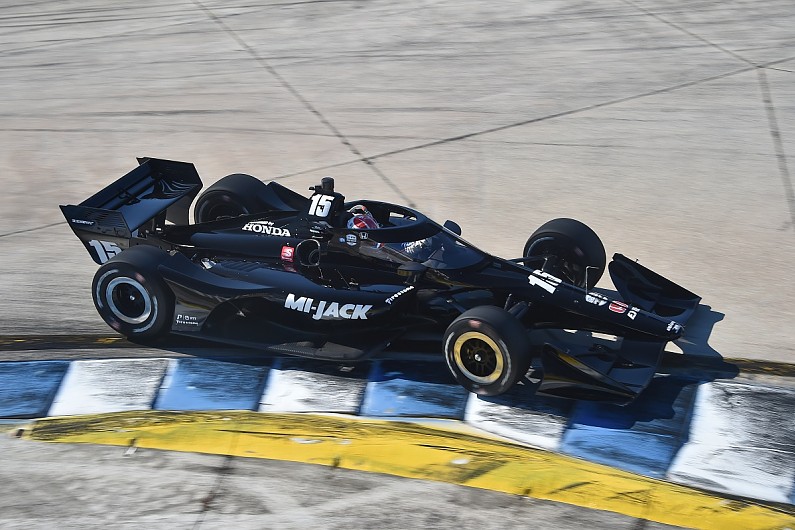 He was 0.45s off the ultimate pace, but a couple of tenths faster than team-mate Takuma Sato.

In between the two RLLR cars were two drivers who took part in Tuesday's session - Max Chilton of Carlin and AJ Foyt Racing's Dalton Kellett, both of whom knocked a tenth of a second from their previous best efforts.

He has vowed to continue testing for Andretti Autosport as and when needed, but so far the only race he's confirmed to enter in 2021 is the 105th running of the Indianapolis 500.

Andretti's IndyCar machinery was not the only car Rossi tested at Sebring, however, as he also helped complete a shakedown for Wayne Taylor Racing ahead of this weekend's Roar Before The 24, which this year includes a 100-minute race that sets the grid for the Daytona 24 Hours.

Wayne Taylor Racing, which has won three of the last four editions of the race, has this year switched from the Cadillac DPi-V.R to Acura's ARX-05, which won the last two IMSA SportsCar Championships while run by Team Penske.

WTR's single-car entry will be raced full-time by Ricky Taylor and Filipe Albuquerque this year, with Rossi - who was part of Penske's Acura roster (below) for the past two seasons - joining them for the four Michelin Endurance Cup rounds, and Helio Castroneves as fourth man for Daytona.

Rossi said: "I probably only did 15-20 laps in the Acura, because it was more of a shakedown for us, the first time that Wayne Taylor Racing has run the Acura.

"It was in full Daytona spec [set up for high straightline speeds], so it was more a chance for the team to get used to the systems on the car, to make sure that all the drivers fit and, at the same time, do very generic benchmark stuff. But it was useful, so overall a good day in both cars." 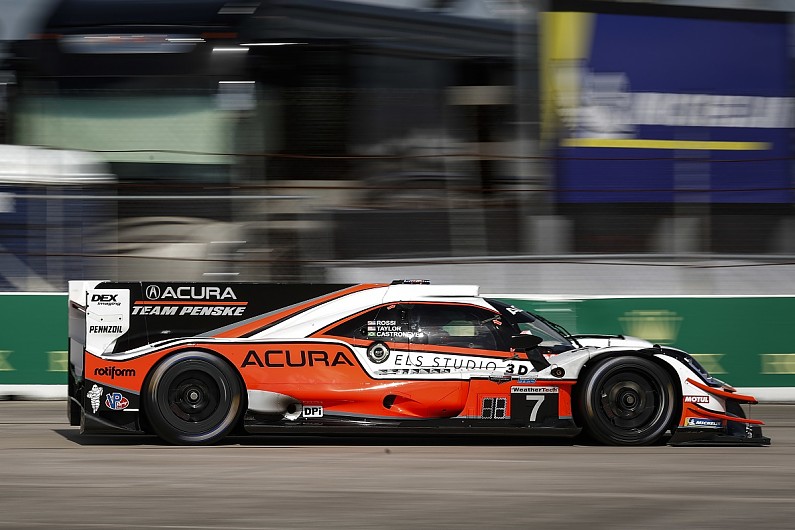 Share this article on Facebook Twitter LinkedIn Email
Previous / De Silvestro to drive in Indy 500 with Paretta team
Next / IndyCar season-opener pushed back to mid-April
? 2021 Autosport