A cut-and-shut car without a full-time engineer was hardly the ideal platform for a Le Mans winner four years out of single-seaters to make his Champ Car bow. Perhaps unsurprisingly, Guy Smith doesn't recall his 2004 cameo fondly, as he tells MATT KEW

Guy Smith and co-drivers Tom Kristensen and Rinaldo Capello had romped to victory in the 2003 Le Mans 24 Hours aboard their Bentley Speed 8 by two laps over their team-mates.

The 1995 Formula Renault 2.0 UK champion had then followed that up with second place in the French enduro in a Veloqx Motorsport Audi the following year, alongside Le Mans Series champions-elect Johnny Herbert and Jamie Davies. But despite his success at La Sarthe, there was no full-time drive in the offing for 2004.

That meant Smith, who had an itch to scratch in US single-seaters after a race-winning Indy Lights campaign in 1998, leapt at the chance to fill a Champ Car vacancy at Rocketsports.

The 29-year-old was signed by team founder Paul Gentilozzi to join Alex Tagliani - who broke his series duck in Smith's first race at Road America - after a struggling Nelson Philippe, who had covered the costs for the second car, stepped down.

"No disrespect to Nelson, but he'd not done that much racing," says Smith (below, right with Herbert and Davies) of the then-17-year-old Philippe, who had only a single season in the Barber Pro open-wheel series on his CV. "I thought his lack of results was probably down to just his inexperience. But when I arrived it started to dawn on me..." 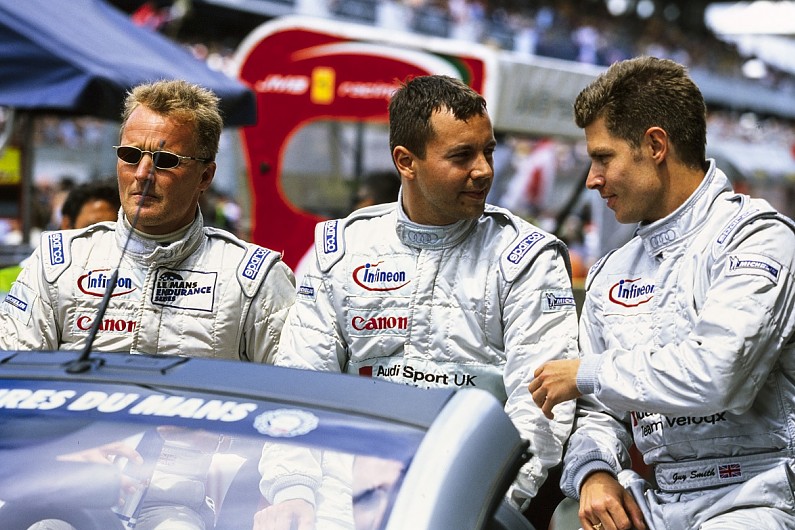 Smith soon discovered that the second Rocketsports car ran without a dedicated engineer and was largely built up out of old and often crashed parts. This was most irksome in qualifying, where with fresh tyres Smith suffered with either "chronic understeer or oversteer". Across seven races, his best starting position was a lowly 14th at Laguna Seca and the Las Vegas oval.

"Whenever we were on old tyres and the grip was low, the car was quite good," he says. "For example, Laguna Seca, which is a fairly low-grip circuit, I was running about P6 for a good chunk of the race and we ended up ninth. I felt like I was driving pretty well, but in qualifying I just couldn't get the speed out of the car."

As soon as the Lola B2/00 (used by all but the Walker Racing and Conquest Racing single-car entries, who opted for the Reynard 02i instead) was shod in fresh tyres, Smith's promising pace went awry. Suddenly running with enhanced grip, it exaggerated the imbalance in the car and Smith could feel his machine flexing. What's more, the questionable set-ups didn't stop there.

"The first time I tested at Road America, I was going down the back straight and I was on the rev limiter only halfway down the straight. I thought, 'Jesus Christ, I must be flying!' But the team were saying as I'd gone past the pits that the rear-wing endplate had come off the car.

"That kind of summarised the whole thing. The team had good intentions but the car was an old dog. I probably should have tried Alex's car to see what it was like."

Electrical glitches and mechanical faults, including a blown engine at Vegas, resulted in three DNFs for Smith. The so-called 'American Dream' had fallen flat, paving the way for 2014 Indianapolis 500 winner Ryan Hunter-Reay to fill the vacancy in 2005. 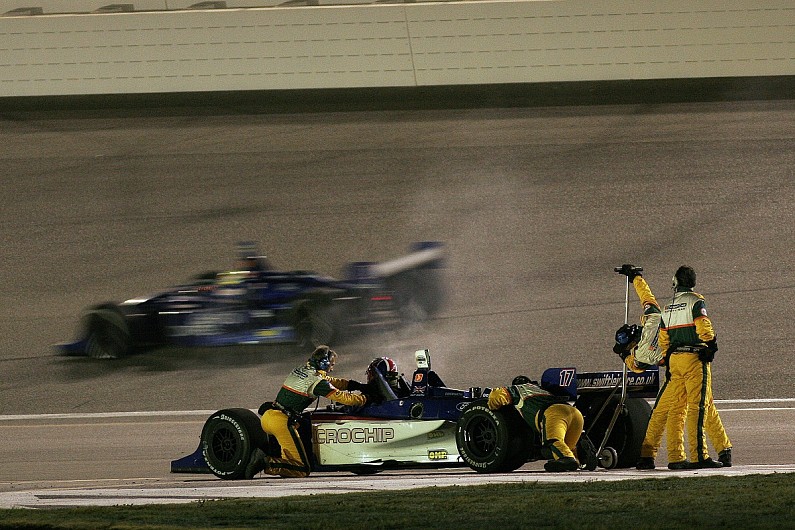 "He also had a dreadful year, when he had been tipped to go to Ganassi," says Smith. "Ryan and his dad [a lawyer] tried to sue Gentilozzi at the end of the year because it could have damaged his career. He was on a path to greater things but he had a year where he just looked like an amateur."

Indeed, while Timo Glock drove the former Tagliani Rocketsports chassis to rookie of the year honours, Hunter-Reay registered just two top-six finishes. Quite the fall for a racer who had won at Surfers Paradise at the end of his 2003 rookie season with Stefan Johansson's eponymous team and at Milwaukee in 2004 for Herdez Competition.

After just three races at the Rocketsports squad in a 2005 season in which he'd only once qualifyied inside the top 10, Hunter-Reay messaged Smith just to check that the car was as bad as he thought. This did at least offer some solace for the Brit, who had entertained the idea that the lack of performance might have been down to his CART inexperience.

"If Ryan had got in that car and started winning then I would have thought, 'OK, fair play, maybe it was me'," he adds.

"But what it did do for me was tick a box and made me realise that Champ Car was not all I thought it was. It made me ready to commit to sportscar racing."

Smith would of course then stick to his closed-wheel exploits but remained Stateside - winning the ALMS crown in 2011 for LMP1 squad Dyson Racing before returning to Bentley in GT3 racing. That left the short-lived turn at Champ Car to sit as Smith's last professional single-seater runout. 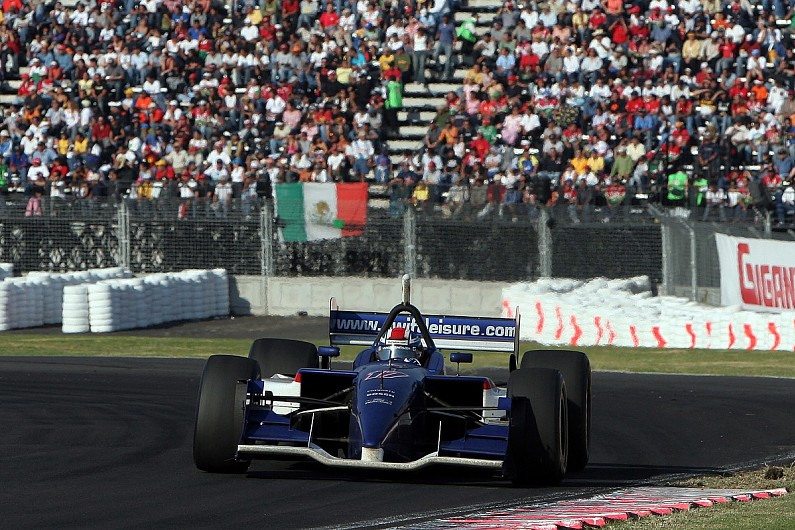