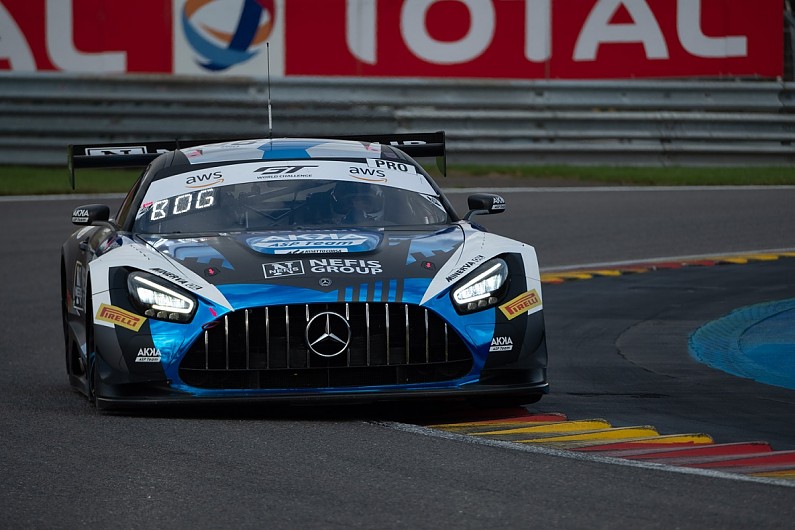 Raffaele Marciello claimed pole position ahead of this weekend's Spa 24 Hours round of the GT World Challenge Europe for the Auto Sport Promotion Mercedes team.

The Italian posted a 2m32.166s during the Super Pole session held on Friday evening to claim the top spot in the Mercedes-AMG GT3 he shares with Felipe Fraga and Timur Boguslavskiy, his time putting him two tenths up on the best of the WRT Audis in second position.

The times improved over the course of a session held on a drying track in which the fastest 20 cars from opening qualifying left the pits one at a time at two-minute intervals.

Three cars followed Marciello in a session in which all the cars ran on wets, but his time remained unbeaten at the chequered flag.

Van der Linde posted a 2m32.386s on the first of the two laps each driver is allowed and went a tenth slower on his second to leave Marciello with the pole.

Marciello said: "It was a good quali for us: the clear lap worked quite well for me but pole doesn't really matter so much.

"It's only important to qualify in the top five or 10 to stay out of trouble at the start." 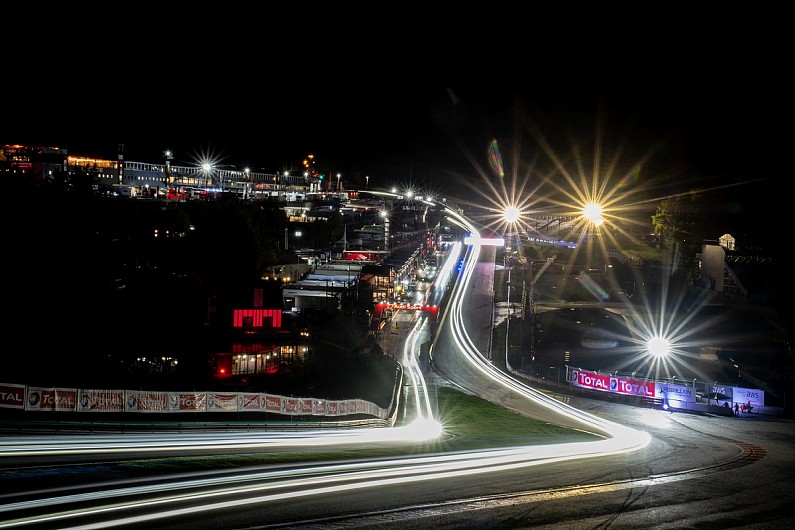 Third place on the grid went to the Haupt Racing Team Merc in which Maro Engel recorded a 2m32.522s.

That put him three tenths up on the 2m32.881s Frederic Vervisch managed in the factory Attempto Racing Audi.

Christopher Haase took fifth in the R8 LMS Sainteloc is running with works backing, while Thomas Preining was the fastest Porsche in sixth with the best of 2019 winner GPX Racing's entries.

Patrick Pilet was only 11th in the other GPX Porsche 911 GT3-R in which he, Matt Campbell and Mathieu Jaminet had ended up second in opening qualifying.

AF Corse Ferrari 488 GT3 of Alessandro Pier Guidi was the the final car to get within a second of Marciello's pole mark in seventh position.

Andrea Caldarelli ended up just over a tenth up on the next best Lambo, the Emil Frey entry driven by Albert Costa.

Kevin Estre rounded out the top 10 in the KCMG Porsche in which he, Michael Christensen and Richard Lietz are trying to repeat their 2019 Spa victory.

The double-points Endurance Cup round of the GTWCE at Spa starts at 3:30pm local time on Saturday.

Watch the 2020 Spa 24 Hours live and uninterrupted on Motorsport.tv.