The WRT Audi squad topped opening qualifying for this weekend's Spa 24 Hours round of the GT World Challenge Europe.

That gave them a 2m35.097s average, which compared with a 2m35.282s for the second-placed GPX Racing Porsche 911 GT3-R shared by Matt Campbell, Patrick Pilet and Mathieu Jaminet.

Van der Linde said: "Great turnaround by the team, because the car wasn't great in prequalifying.

"Credit to them for giving us a car that was competitive in all three sessions."

Campbell had been quickest in the opening session for the three-driver crews competing in the pro class with a 2m35.013s. 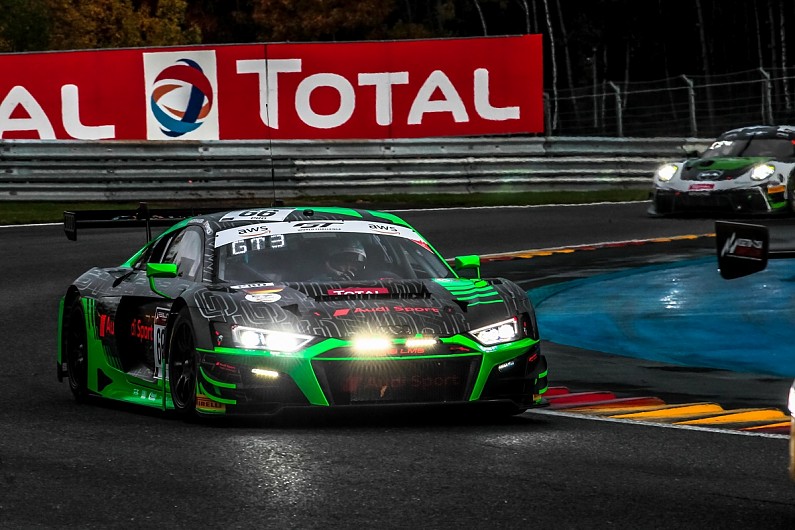 The fastest 20 cars from first qualifying go forward into Friday evening's final session that will determine the first 10 rows of the grid.

The remainder of the grid is based on the positions from Thursday's opening session.

Two-time Le Mans 24 Hours winner Timo Bernhard has had to withdraw from the Frikadelli Porsche line-up for Spa.

The late arrival of his COVID-19 test, mandatory for everyone attending the Spa race, meant he was unable to reach the circuit in time.

His place in the #22 Porsche 911 GT3-R alongside Frederic Makowiecki and Dennis Olsen has been taken by Jorg Bergmeister.

Watch the 2020 Spa 24 Hours live and uninterrupted on Motorsport.tv.