The British-based squad, which won the LMP2 division at Le Mans earlier this month, announced last week that it will return to the GT ranks next season with a programme in the GT4 European Series with a pair of McLarens.

United's plan is set to take it into the GT3 ranks the year after.

Team co-owner Richard Dean explained that the team has its sights set on "the top series" for GT3 cars in 2022, including the IGTC and the GT World Challenge Europe.

"If the IGTC is still up and running, that is where we'd like to be with a pro line-up and a semi-factory type effort," he told Autosport.

"We want to do all the big GT3 races, Bathurst, Spa, Kyalami [which are all on the IGTC calendar]."

McLaren Racing CEO Zak Brown, who is Dean's partner at United, explained that the time was right for the team to go back to GT racing for the first time since 2015.

It has focussed on the LMP2 and P3 categories since 2016, with campaigns in the European Le Mans Series, the Le Mans Cup support series and, from the start of the 2019-20 season, the World Endurance Championship.

"We are really happy with everything we are doing in the WEC and ELMS, and we thought the time was right to get back into GT racing as an incremental programme and start with GT4 and see where it leads," said Brown. 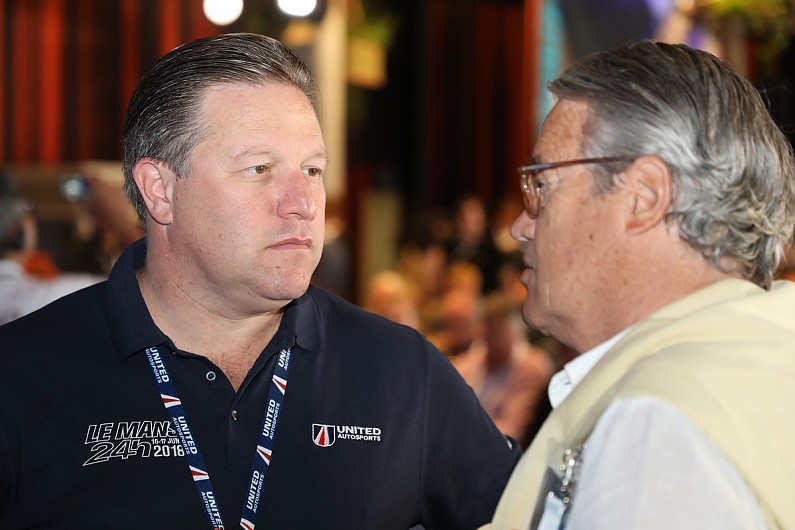 Dean added that it "made business sense" for the team to get involved in another form of sportscar racing and to race under the umbrella of a second promoter.

He described the GT4 assault in 2021 as a necessary step in order to build a new team separate to its prototype operations.

"We want to go in there and try to win and we thought it would be a big step to go straight into GT3 and compete at the very front," he explained.

"We thought GT4 was a good way to set up the team because we need new people: we can't just take staff out of our other programmes and dilute them."

It makes sense for the team to run the McLaren 570S GT4, according to Brown, who went on to stress that he keeps his role with the British marque separate to his interests in United.

"The 570S was the obvious choice, though I would have also been comfortable running Mercedes because of the Formula 1 relationship [with McLaren]," he said.

"To have the team running around with Ferraris or Lamborghinis might have been a bit awkward."

Dean suggested the projected move into GT3 would most likely be with the McLaren 720S, but didn't rule out running the Mercedes-AMG GT3s it acquired when it bought the assets of the Strakka Racing team earlier this month.

The deal with the Silverstone-based operation was made to help facilitate its expansion.

United, which is due to take delivery of its 570S GT4s next week, has yet to announce drivers for its new programme.

United was set up in 2009 to compete in GT racing the following year, initially with the Audi R8 LMS and then the McLaren MP4-12C. Matt Bell and Mark Patterson missed out on the 2013 British GT Championship title by 1.5 points at the wheel of a McLaren.