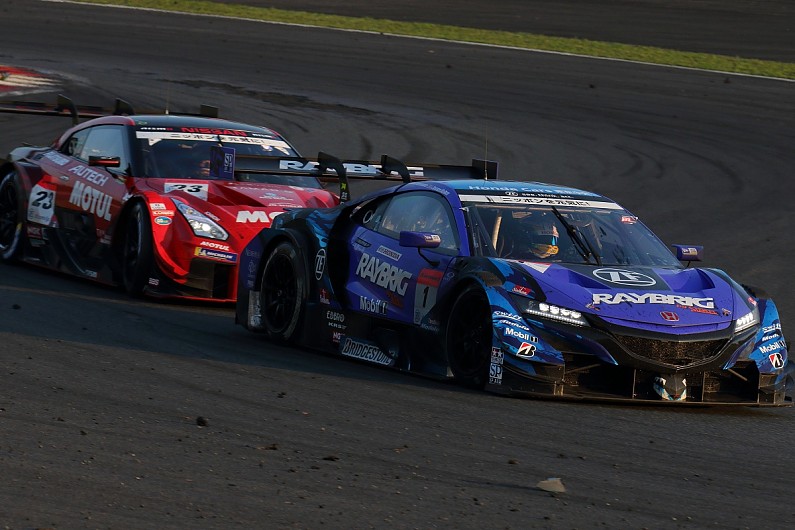 Jenson Button finishes his two-year SUPER GT stint in the 2019 finale at Motegi on Sunday, and you can watch the race live on Autosport from 4.20am UK time.

But while Button's rookie campaign alongside Naoki Yamamoto last year resulted in a championship win at the first attempt, this time the pair are out of the title fight in the decider and will start only 11th.

It's an all-Lexus battle for the title this time, as Team LeMans' Kenta Yamashita and Kazuya Oshima start the race seven points ahead of TOM'S pair Ryo Hirakawa and Nick Cassidy.

A week ago at Suzuka Cassidy came from behind to snatch the 2019 Super Formula title from under Yamamoto's nose. Will Japan's GT series produce similar drama to its top single-seater category?

It will all be settled with a 250km race on Sunday - watch it live and for free here.