The World Rally Championship kicks off with Rally Monte Carlo, part of a 12-round calendar that features first events for Croatia and Belgium and a return of the Safari Rally.

Rallying has an enduring appeal for millions around the world, adding rich diversity to the range of motorsport disciplines. But what does the long-term future for rallying look like?

For the first #ThinkingForward of 2021 we speak to WRC director Peter Thul about the qualities needed to excel in rally, why WRC is backing F1's strategy that hybrid engines and biofuels are the future rather than electric and why so many co-drivers end up running teams and federations. 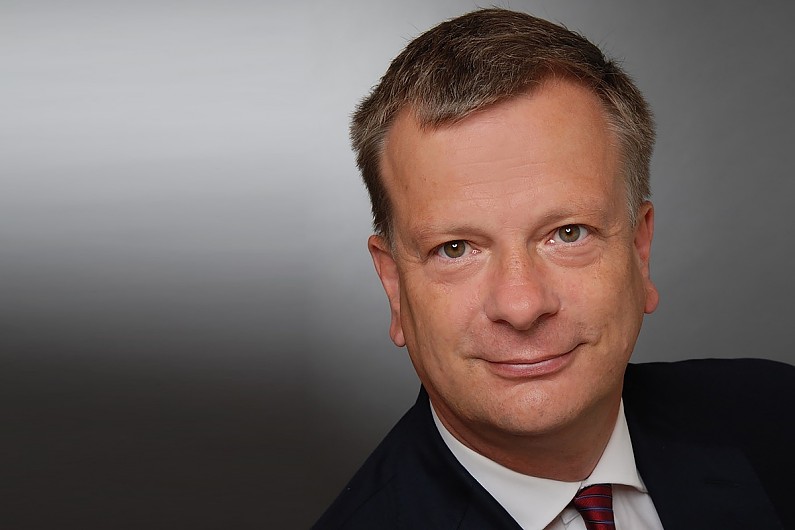 Peter, WRC is one of the most spectacular forms of motorsport, can you sum up what you think is the essential appeal of rallying?

Peter Thul: "Rally drivers - not to say they are best drivers of the world - but they are the most versatile. That means they are able to control the car, under each and every circumstance, surfaces and so on. It's purely spectacular. And it's very close to the fans - the paddock area is open, fans can directly access the drivers.

"The technology is fascinating; it's driving to the edge and these cars are accelerating, like no other you see; they have a short ratio gearbox limited up to 180 or 200 kph. And under braking, it's really incredible. If you put somebody in the co-driver's seat in a modern rally car, they are even more impressed by the braking. It's all so harsh, not comparable to any road car, even not to a sports car."

So how has the driving style needed to succeed in rallying changed in recent years?

PT: "Technology made a huge change. Remember, in the good old times of Walter Rohrl and Hannu Mikkola it was kind of a marathon; you had to make your car survive on the big bumps, the rough surfaces. And now it's a sprint. It's incredible. If you see the wheel travel on a modern WRC rally car, how fast you can go over these rough roads and how much grip.

"A few years ago, there was a time gap even of one hour between the winner and second. In 2018 Sardinia, the gap between Neuville and Ogier was 0.7 seconds! They all go and flat out there is no rally where somebody can say 'let's play tactics'."

PT: "I would not put myself into this role of legendary co-driver - but I think we are well organised, because a co-driver is kind of the bookkeeper in the rally car. A good co-driver on board means the driver can just put the pedal to the metal, go fast. All the rest, the administrative things, belong to the co-driver.

"Co-drivers are used to working under time pressure and you cannot recall a decision. You have to take a decision and you have to take the consequences. There's often no second chance; like you're giving a pace note, "Left flat over crest", you cannot say in the air, "Oh maybe it's a little bit slower", you are off.

"So this means you have a responsibility, you can handle the pressure. I think it's not bad to have been in a baptism of fire in a rally car, it helps in some situations."

It was always the dream to have live pictures from a rally but always seemed hard to achieve in the old fashioned TV broadcasting days and has been made possible by digital transformation. You now have a direct to consumer OTT platform WRC+ which carries live signals from the rally cars. What's it done for the fan following and how do you build from here for the future?

PT: "It means a fan can get out of bed in the morning, can just log in and witness the action. And we are not only having the coverage onboard from the cameras, we have backup information so we can bring the fascination of a sport which is much more difficult to transport compared to Formula 1. On top of that, the TV coverage we now generate is really impressive worldwide." 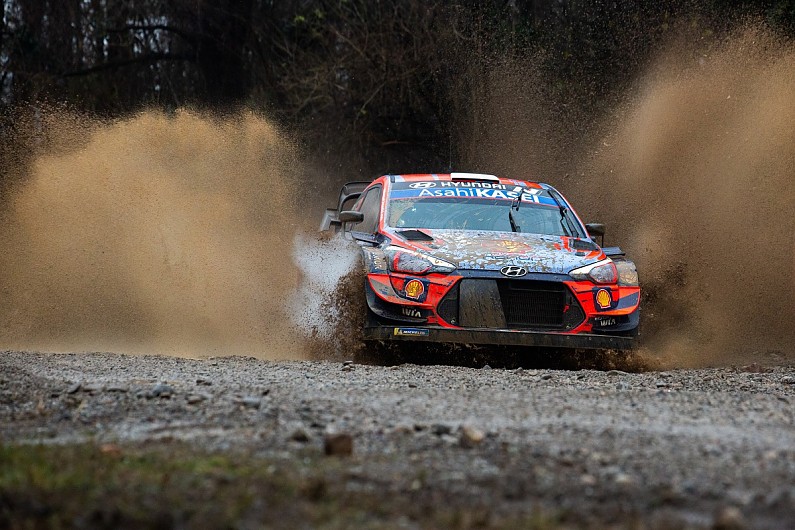 Next year WRC is going hybrid, a little bit later than other branches of motorsport, but the package does sound pretty exciting. Power output of around 500 horsepower from the internal combustion engine plus the hybrid system, which sounds like a heck of a lot of power for something that's sliding around on gravel. Tell us about your hopes for a hybrid future.

PT: "First we have to look at the situation in the car industry in general. Following a study there were 74% of combustion engines, 30% of hybrid and around 3% purely electric cars on the road in 2013. The assumption is among the 132 million cars sold on the market this year, we will have 38% combustion but we will have 37% hybrid cars plus 25% electric. So it's the ideal move at the right time. And it has two roles.

"First these cars will be spectacular, you have additional torque from the electric engine to come, you have recuperation, you will regain energy. But on top of that, we will show the benefits of the plug-in hybrid; a system which is very smart if you are as a driver charging it permanently. And so we will have the technology showcase, proving that it works under every circumstance. Plus, we can educate, because a plug in hybrid works the best if you plug it in and get the energy."

Can WRC ever imagine an all-electric or a hydrogen future?

PT: "I think a smart mix of technologies in the future will work. That means hybrids, plug in hybrids and electric cars will be the midterm future. I know that some traditionalists, some fans are hesitating towards this new electrification. But first of all, we have no other choice.

"And for the electric range, I think there are other [competition] formats, which are much more suitable, for example Rallycross is a perfect stage; you have short races, you can also go with spectacular amount of power, then you recharge. But it all depends on the battery capacity, how fast you can charge them. So I would not exclude anything at the moment." 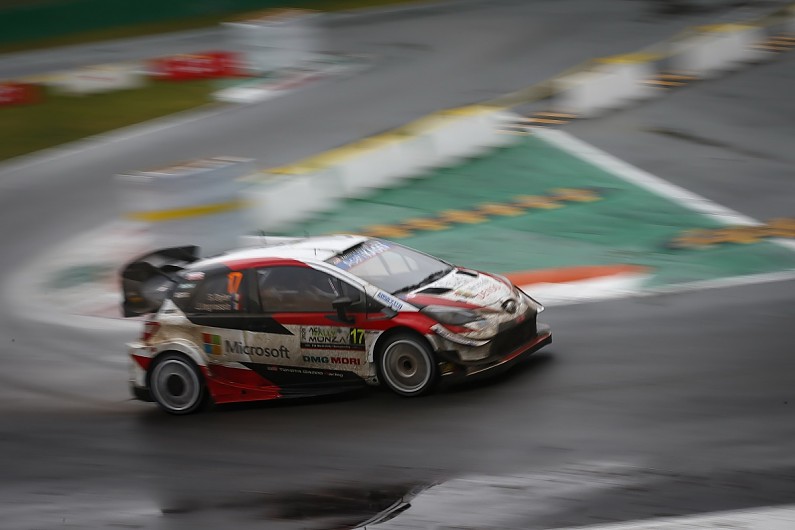 And looking further down the line as far as the rally calendar is concerned, what's the growth objective?

PT: "We have two clear strategic markets we would like to hit. First of all US is very important for us also for our stakeholders, for the manufacturers. And for sure China. We had an attempt some years ago, it did not work because there were all kinds of problems. But we see this as a strategic market and we want to be present in every important car market with the rally."

COVID-19 has been tough for manufacturers. And we've seen the likes of Honda, Audi, BMW at the top end of the sport in F1 and Formula E making significant changes to their racing programmes. What does the manufacturer participation in WRC look like going forward? And how important are they to you?

PT: "Manufacturers are very important for all kinds of aspects, for the competition for the PR. And we are happy that we have such strong committed partners with Toyota, Hyundai and M-Sport Ford.

"We have clear focus to get more manufacturers and it's no secret we are targeting China in the future; why not a big Chinese manufacturer especially when we are talking about plug in hybrids? There's also another Japanese manufacturer, potentially also candidate." 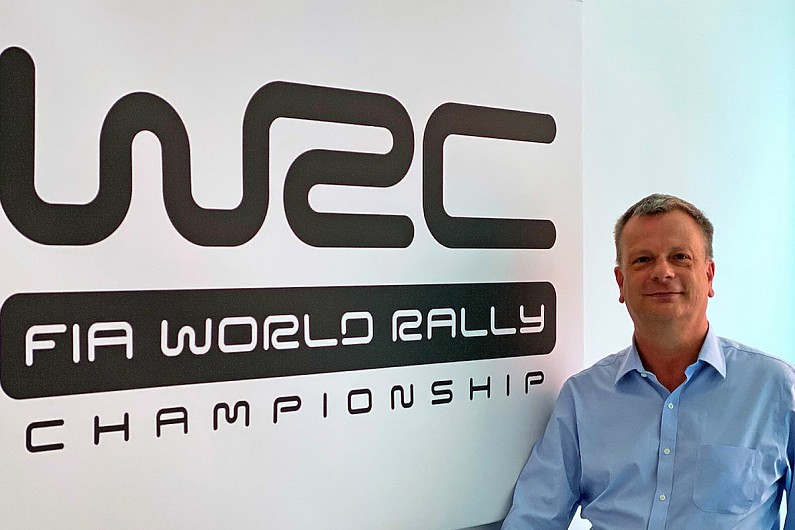 Like all motorsports, WRC has to confront the climate change debate and with a new US President in the White House, it's looking like that debate will now accelerate even more. I wonder what you say about the optics of driving fossil fuel cars through forests? In an environmentally conscious world will you have to adapt to thrive?

PT: "When an organiser is doing a rally, he is in close contact anyway to the local authorities. And we are not running in every area of the world due to respect of nature, if you see Finland, the forest, for example, the roads are maintained afterwards.

"And fuel consumption now, it's really modern technology. In co-operation with us, the FIA just launched an energy tender about sustainable fuels that is not only facing sustainable fuels, it's about the overall CO2 footprint, everything involved about the charging and so on. So we are clearly aware that we have to be on this field very strong. And we can do it due to technical development, possibilities we can showcase. We take this challenge, and I think we can play our role. And you have seen that Formula 1 already switched to sustainable fuel. So motorsport is aware and we have a strong chance to be in the future still an essential part for the people."

And finally, Peter, how positive do you think the future is for rallying?

PT: "I think rally is always something which fascinated people. We have 50 years of WRC to celebrate. The fascination is global. It's a sport that can also easily adapt to the circumstances. So therefore, yes, I am positive and I love the sport for sure."

To follow the latest videos from WRC go to the official WRC channel on Motorsport.tv