Hitech driver Luca Ghiotto set the pace in practice for the Formula 2 round at Sochi, but also caused a red flag that brought an early end to the session.

Ghiotto and Carlin's Jehan Daruvala traded times at the top of the timesheets for the first three quarters of the session, with Daruvala setting the early pace with a time of 1m50.389s.

The Italian driver lowered the benchmark to 1m49.991s, becoming the first driver to set a sub-1m50s lap, before Daruvala snatched the top spot again with his next flying lap with a 1m49.741s.

Ghiotto's next push lap wasn't good enough to topple Daruvala, but with 25 minutes left on the clock the Italian driver set a purple sector one on his way to the quickest time of practice - a 1m49.631s.

Those times remained unbeaten throughout practice, partly due to two major interruptions in the final 10 minutes of the session.

Trident driver Marino Sato triggered a virtual safety car when he stopped at the exit of Turn 2 with an apparent technical issue. 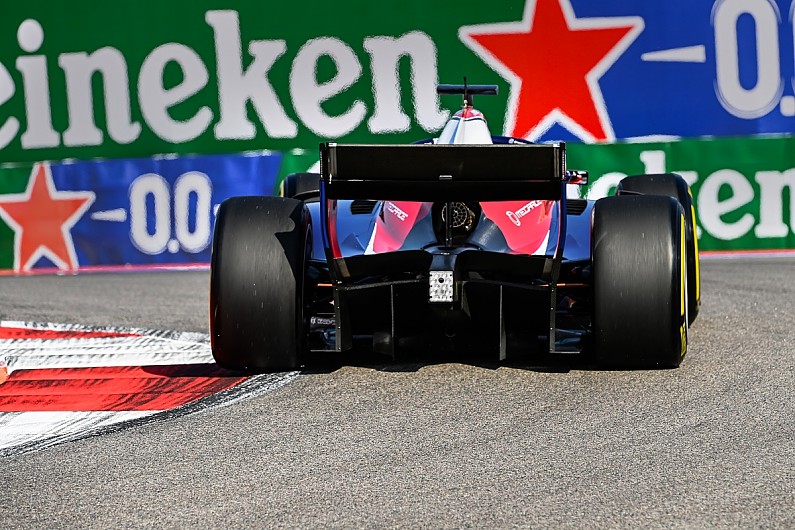 Then, with less than two minutes left on board, Ghiotto spun on the start/finish straight after making excessive use of kerbs exiting the final corner.

While Ghiotto was able to turn his Hitech around, he subsequently stalled the car, necessitating a red flag that brought an early end to the session.

This meant he remained the quickest driver in practice, beating Tsunoda by 0.081s, with Daruvala another 0.029s behind in third.

Marcus Armstrong was ninth fastest in the second ART-run car, while Williams development driver Dan Ticktum (DAMS) was classified 10th, some seven tenths down on the quickest time of the session.

Prema driver Robert Shwartzman, who sits fourth in the drivers' standings, could finish no higher than 12th, but ahead of DAMS' Juri Vips and Virtuosi's Guanyu Zhou, who finished 13th and 14th respectively.

Jake Hughes set the 20th quickest time on his step up to Formula 2 with HWA, 1.8s off the pace of Ghiotto.