The Renault Formula 1 team has escaped with a warning from the FIA after it mixed up Pirelli's 2021 development tyre sets on Daniel Ricciardo's car in FP2 in Portugal.

All teams were obliged to use the first 30 minutes of the afternoon session to try Pirelli's experimental constructions.

One driver in each team was allocated a single set and was asked to do a long run, while the other driver had two sets to use one after the other, with one representing the baseline and the other a new construction. In Renault's case Ricciardo was the driver who was given two sets to try.

However Renault inadvertently swapped over the front lefts of the two sets, so that Ricciardo did both runs with three tyres from one set, and one from the other.

The mistake was logged by the FIA's system and was reported to the stewards, as the rules make it clear that teams are not allowed to mix different types of tyres.

Renault admitted to the mistake and escaped with a warning as the running involved development tyres, and nothing was gained.

The stewards noted: "It was agreed that the team used the incorrect left front tyre from a set of a different specification which is an offence with no apparent sporting benefit to the team as the set in question was a development set." 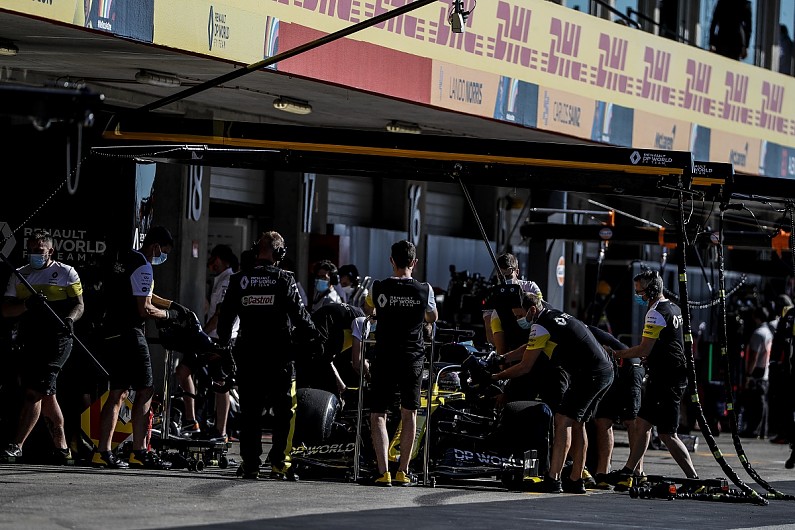 The bad news for both the team and Pirelli was that in running the mixed sets neither party learned anything meaningful about next year's tyres from Ricciardo's car.

Pirelli F1 boss Mario Isola acknowledged that it was easier to make a mistake with development tyres, as they are not colour coded.

"Unfortunately it wasn't very useful because they made a mistake," he said. "Knowing what was the specification of Renault, we have to exclude these two sets from our analysis.

"It happens, because the prototypes are black without labels on the side. Obviously with the race tyres, you have different colours, and you recognise immediately if you have three tyres that are white and one tyre that is yellow.

"With the prototypes they have only the number of the set on the sidewall, not the colour, so it was a genuine mistake. It is clear that it is difficult to draw any conclusions from two sets that have been mixed, but it is what it is."