On Friday Honda surprised the motorsport world by announcing that it will "conclude" its Formula 1 involvement at the end of the 2021 season.

After pulling its works team out of the championship at the end of 2008, Honda returned to F1 in 2015 as an engine builder, the second year of the current hybrid V6 regulations.

The manufacturer initially had an exclusive deal with McLaren, but the relationship got off to a bad start, and never really recovered. McLaren initiated a split after three difficult seasons.

For 2018, Honda switched to the then Toro Rosso team. Owner Red Bull's clear plan was to assess the Japanese power unit with its junior outfit and, if it was deemed to be a better option than a customer Renault engine, switch RBR across as well in 2019.

In June 2018, Honda and Red Bull announced that they would indeed team up, initially only for the 2019 and 2020 seasons.

In November 2019, it was confirmed that Honda would remain with both RBR and the renamed AlphaTauri outfit for 2021 as well. 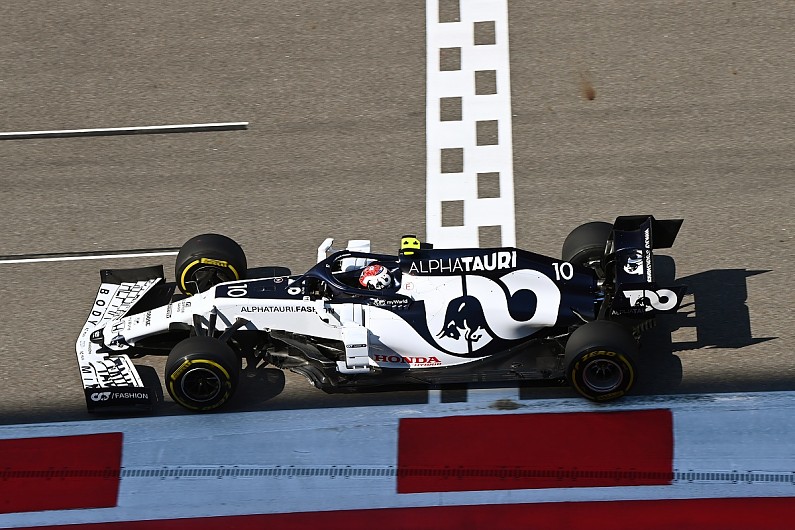 Why is Honda leaving F1?

Honda's current contract with Red Bull commits it to the end of the 2021 season. The top management in Japan thus had to make a decision on whether or not to extend its involvement, while also giving its two teams enough time to look for an alternative partner from 2022 onwards.

In essence, Honda has justified its decision to stop its F1 programme not on economic grounds but in order to focus its resources on developing alternative energy forms, and specifically a move to carbon neutrality by 2050.

Honda's F1 involvement has always been part of its overall R&D strategy and, after its withdrawal, resources currently committed to racing will be deployed elsewhere. In addition, engineers who worked on the F1 project can make use of the experience they gained at the cutting edge of motorsport. 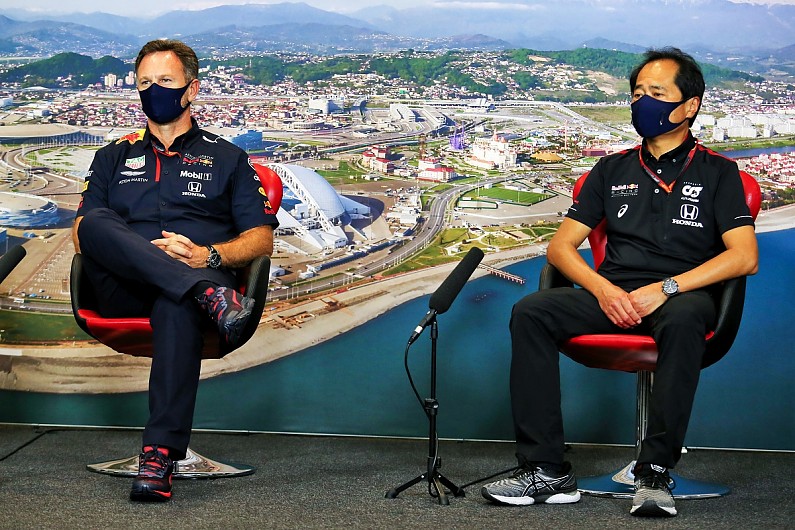 What will Red Bull do when Honda leaves?

Red Bull has made it clear that it does not yet have a power unit deal for either of its teams for 2022 and beyond, which is not a surprise given that the Honda decision has only just been made - with the news coming a few weeks after all current teams signed the new Concorde Agreement and committing their futures to the series.

PLUS: What next for Red Bull after Honda's shock F1 exit?

The obvious options for RBR and AlphaTauri are the three current power unit manufacturers. However, from next year, Mercedes will be supplying four teams, and therefore is at capacity. Ferrari will continue to supply three teams, and Renault just one.

The FIA regulations have a provision designed to help teams that are left without an engine partner by obliging the manufacturer with the smallest number of partners to step in, which puts the spotlight on Renault.

Red Bull used Renault power for 12 seasons from 2007 to 2018, winning four double world championships in 2010-'13. However the relationship deteriorated in the hybrid era, and by the end they were reluctant partners, with the RBR engines rebadged under the TAG Heuer name.

A reunion would be awkward for both sides, especially if forced upon them by the rules.

Red Bull's only other options are to attract a new works supplier, or finance its own project, an idea that it has rejected in the past.

The Austrian company has long enjoyed a relationship with the VW Group. The German giant, which includes the Audi, Porsche and Lamborghini brands, has kept a close watch on F1 for many years. However, its top management has never committed to an involvement.

With less than 18 months to go before the first race of 2022, it would be almost impossible to get any new project to a fully competitive level. 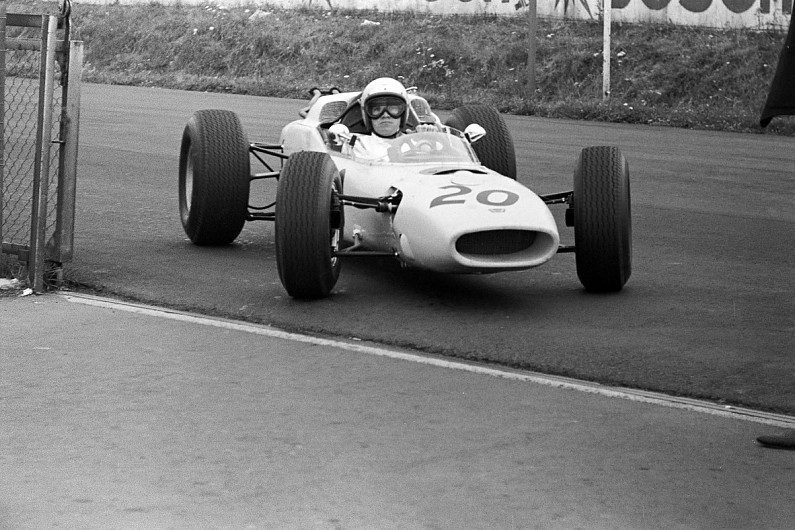 What is Honda's history in Formula 1?

Honda has enjoyed four distinct eras of F1 involvement, and the current one has proved to be the second most successful.

The first chapter was a works team from Japan that competed from 1964 to 1968, scoring two wins.

After a 15-year absence, Honda returned in the turbo era in 1983, initially with the small Spirit team, before stepping up with Williams and then Lotus. Nelson Piquet won the World Championship for Williams in 1987.

Honda returned to F1 in an official capacity with the British American Racing team in 2000, while also enjoying a brief alliance with Jordan.

BAR was rebranded as a full works team in 2006. That year Jenson Button won the Hungarian GP - the only success of Honda's third era. At the end of a difficult 2008 season, the company pulled out, citing economic reasons. The team survived as Brawn GP and won the world championship with a Mercedes engine, and was subsequently bought by the German marque. 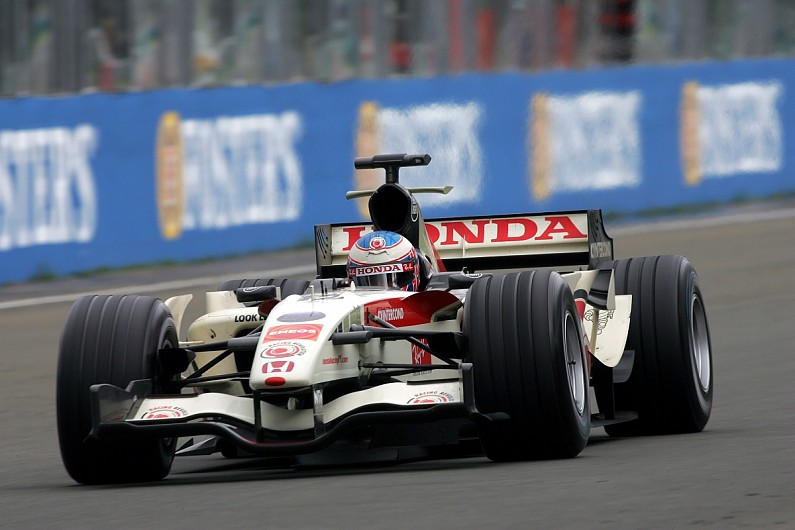 Honda was attracted back to F1 by the new V6 hybrid rules. However the return with McLaren in 2015 proved to be fraught, and three difficult seasons of poor reliability and mediocre performance meant the combination failed to score better than a fifth place.

In 2018, Toro Rosso earned a fourth position in only the team's second race with its new partner as Honda took stock and began to make real progress, prior to hooking up with Red Bull Racing for 2019.

Max Verstappen secured Honda's first podium of the V6 era for RBR when he finished third in the season opener in Australia in 2019. He then logged the first win in Austria, adding two further successes in Germany and Brazil.

In 2020, Verstappen won the 70th Anniversary race at Silverstone and, having logged a series of podiums, RBR currently lies second in the constructors' championship.

In addition, last month Pierre Gasly scored a surprise success with the rebranded AlphaTauri team in the Italian GP. It was Honda's 77th grand prix victory.

Honda has stressed that until its departure it remains fully committed to F1 and achieving further successes in the 2021 season.