The Bahrain International Circuit does not anticipate the outer loop layout to become its regular Formula 1 grand prix track following its planned debut in December.

Bahrain will host two races towards the end of the 2020 season as part of the revised calendar, joining the Red Bull Ring and Silverstone in staging multiple grands prix this year.

Unlike the other two tracks, Bahrain will use different circuit layouts for its two events, making use of its outer loop configuration for the second race on 6 December.

The track is set to offer lap times of under 55 seconds in qualifying, according to F1's simulations, and has been described by some F1 drivers as "awesome".

But it is unlikely the outer loop layout will become a permanent fixture on the calendar, with Bahrain International Circuit CEO Sheikh Salman bin Isa al-Khalifa believing the regular grand prix track will remain the priority.

"It's an interesting year, I think decisions were made, especially with us, because of the situation that we're in," Sheikh Salman told Autosport.

"It is a lot shorter of a track, and so for us, I think the international layout is something that we know more fans can see, because of the inner part and the technical aspect.

"It's a decision that they made considering the situation that they're in, and they would have to do more events.

"If we had one race per year, or if we were chosen for one race only, it would be on the international layout, which is like the first race [in Bahrain this year]."

Bahrain was able to make use of its outer loop as the layout has an FIA Grade 1 circuit licence that is required for all tracks that wish to host F1 races.

It means there will be no need for an array of modifications to the layout to get it ready to host the Sakhir Grand Prix, which will mark the first international event on the outer loop. 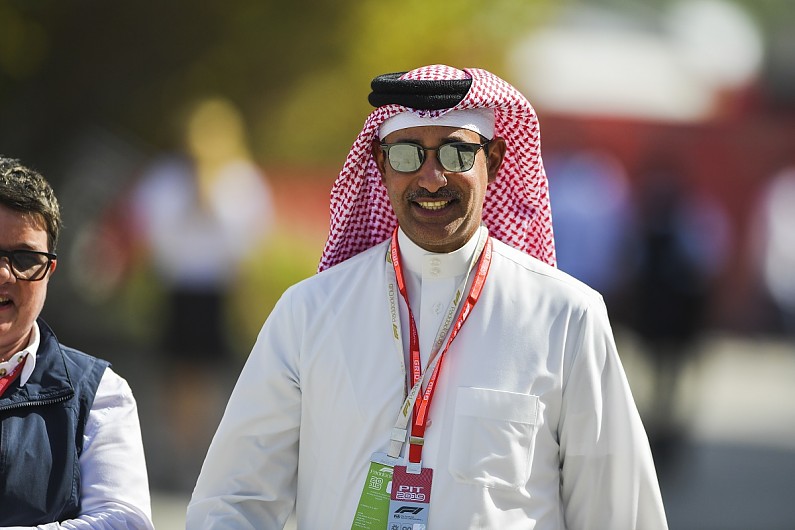 Sheikh Salman explained that officials in Bahrain were working with the FIA and F1 to make the most of the layout and create an exciting spectacle.

"I think with Pat Symonds, they have a technical team now. In our promoters' meeting, they have their own presentation saying what we can use, how we can use them.

"They're approaching it more, which gives us confidence, that they chose that layout with understanding everything.

"The track layout and the lighting will be set up for F1 standards, and all of that."

The Bahrain races will be rounds 15 and 16 of the 17-race season, forming the first two legs of a triple-header that is completed in Abu Dhabi to round out the season.

Bahrain is then expecting to return to its regular March slot for the 2021 season, posing a challenge to the circuit to host three F1 races in four months.

"From what we've heard, everything is back to normal, and [F1 are] trying to do what they couldn't do in 2020," Sheikh Salman said.

"For us, November, December, March, is three races in a few months, so that also has its challenges in marketing and all of that.

"We're excited regardless. We're going to put on a show when we can.

"We had big plans for March, and we still can decide when to do that. There are surprises which we will have."