GP RacingWhy stability can help Haas recover from its 2019 nadir

Lewis DuncanHow Dorna is trying to save MotoGP 2020

Valtteri Bottas has been reprimanded after accepting responsibility for hitting Romain Grosjean's Haas in Friday's second Formula 1 practice session ahead of the Abu Dhabi Grand Prix.

FP2 pacesetter Bottas was on a long run late in the session when he made an aggressive dive to the inside of Grosjean at the end of the second of the Yas Marina circuit's two back straights.

Grosjean appeared not to see the Mercedes and when the Haas driver turned in, the two collided at the apex and Grosjean was turned around.

Both drivers initially blamed each other for the clash and they were summoned to see the stewards at 19.00 local time.

But when the stewards issued their report almost 40 minutes later and gave Bottas his first reprimand of the season, they said Bottas had taken the blame.

"Valtteri accepted responsibility for the collision and acknowledged that it was a failed attempt at an overtake, which resulted in the collision," the stewards noted. 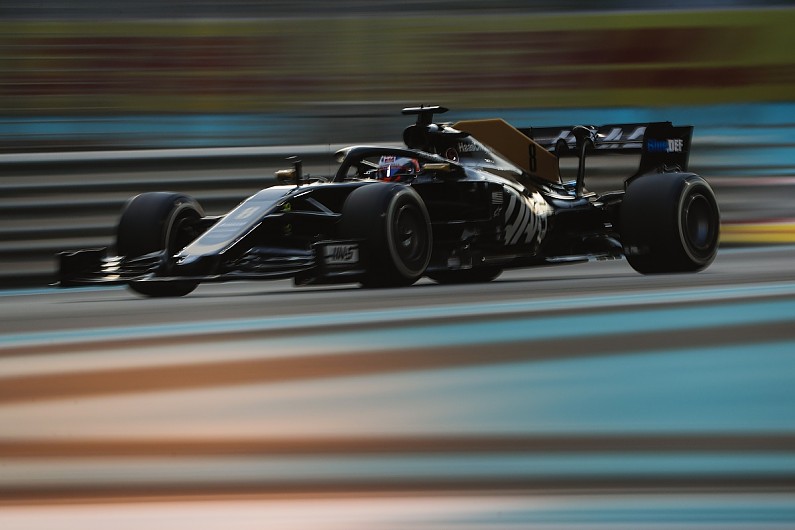 The session had to be red-flagged to remove the bodywork both cars had shed in the incident, but while Bottas was able to rejoin the session, Grosjean could not.

"What the fuck was that?" questioned Grosjean immediately. "Where did he come from?"

When asked if he had damage he replied, "Yeah, I think it's floor and everything".

"Mate, he was miles away," he continued. "Check the car, if we can go again we go again, but I'm worried it's no good."

Bottas had originally claimed Grosjean "turned into me" and "didn't leave any space", while his team also backed the Finn's original explanation.

When Bottas's team-mate Lewis Hamilton asked Mercedes who had crashed, he was told: "Contact between Valtteri and Grosjean.

"Valtteri was going down the inside of Grosjean at 11 and Grosjean turned in. So, they hit each other."

"Could have guessed," Hamilton replied.