© 2020 Autosport.  All rights reserved.
Previous / Kubica having to rely on engineers for DTM pitstops

Voisin fights back in reversal of Ginetta Jr fortunes 1601482008 National

The DTM is set to undergo a major overhaul in 2021, ditching silhouette cars and manufacturer entries in favour of a privateer-led, GT3-based formula. RACHIT THUKRAL explains what its new era could look like next year.

During the sixth round of the 2020 season at the Nurburgring last weekend, ITR chairman Gerhard Berger announced that the DTM would continue to exist in 2021, but will reposition itself as a GT3-based sprint series with all entries run by privateer teams.

Berger also revealed that current DTM manufacturers Audi and BMW have voted in favour of the new regulations and will support their customers in the category.

While the exact details about the 'New DTM', including the regulations itself, are still being worked out, this is what we know about the future of the category so far.

The DTM will feature GT3-based cars in 2021, ending its touring cars roots to transition itself into a sportscar racing championship.

The new formula would be christened as GT Pro and Berger plans to have the regulations finalised by the 2020 title decider at Hockenheim in early November.

Although the details are sparse at the moment, the modifications made to the GT3 cars would be minimal to keep costs under control. Berger said the upgrades would be aimed at improving the spectacle and aligning GT3 cars to a sprint racing format.

It is understood this could include bumping up the engines to produce 600bhp, although this has yet to be confirmed by the series.

A system of Balance of Performance will be used to ensure equitable performance, with Berger feeling it is a necessary evil in GT racing. 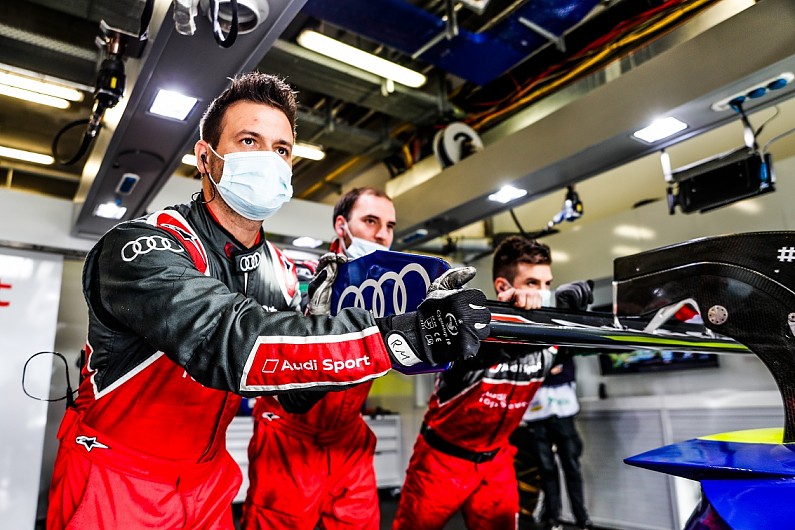 Which manufacturers will be racing in the DTM next year?

Both BMW and Audi have pledged support for the new GT3-based DTM, which theoretically means that the series incumbents will aid those customer teams that sign up for the series. This support is likely to be limited to technical knowledge and spare parts, although Berger has not ruled out the possibility of manufacturers financially assisting their customer teams.

According to Berger, several other manufacturers have shown interest in racing in the DTM, but he insists he has not entered into any "substantial discussions" with them.

Berger has always maintained that his priority was to reach a deal with Audi and BMW before entering into advanced talks with other manufacturers. Now that both German marques have given a thumbs up to the new regulations, Berger is expected to proceed further in his negotiations with new manufacturers.

It remains unclear if manufacturers will have to bear the cost of upgrading the cars, with BMW's Motorsport Director Jens Marquardt in particular having ruled out making changes to its outgoing M6 for a single championship, especially when its new M4-based GT3 car will be ready in time for the 2022 season. The new model will be homologated by the FIA in September next year.

Mercedes - which competed in the DTM as a manufacturer until 2018 - also appears to have a similar stance to BMW, although Berger said he has not heard anything from either marque in this regard.

According to Berger, it remains to be seen if BMW teams could still compete in 2021 with the ageing M6 model. Should that not be possible, he added that there remains a possibility that the new M4 could make an early debut during the latter part of the 2021 season, ahead of a full campaign the following year. 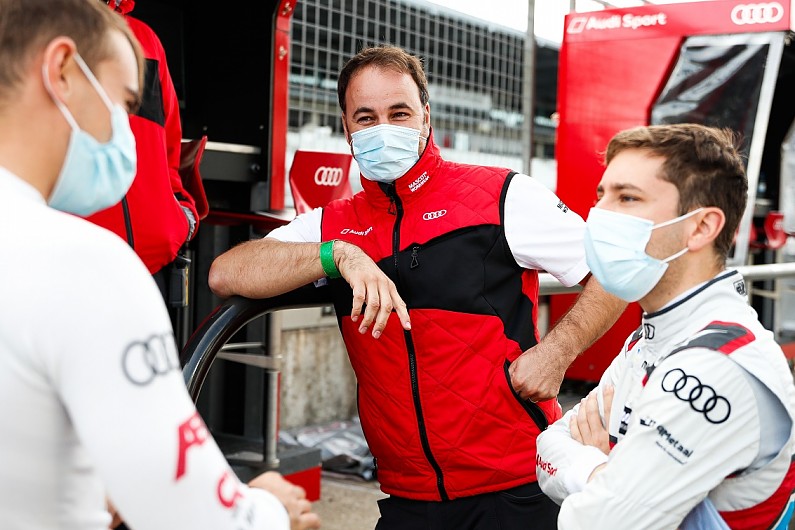 All three Audi outfits - Abt, Phoenix and Rosberg - have shown initial interest in competing in a GT3-based DTM, but none want to commit to the category before the regulations are finalised and the budget can be ascertained.

As part of sweeping changes for 2021, all teams will be required to secure a budget of their own in a bid to reduce reliance on manufacturers.

"For sure we have rough calculations, but detailed figures we still don't have because we don't know tyre regulations,' said Abt team boss Thomas Biermeier (above). "To make a budget, we need to know if we are limited with staff, tyres and the rules - sporting and technical rules.

"If we know these rules, I can give you a rough estimation, but currently it's too early to be honest. It's going to be cheaper compared to Class One, I don't know by how much."

The possibility of BMW teams RMG and RBM remaining in the DTM could well depend on whether or not a BMW car will be ready for the new DTM ruleset in 2021. 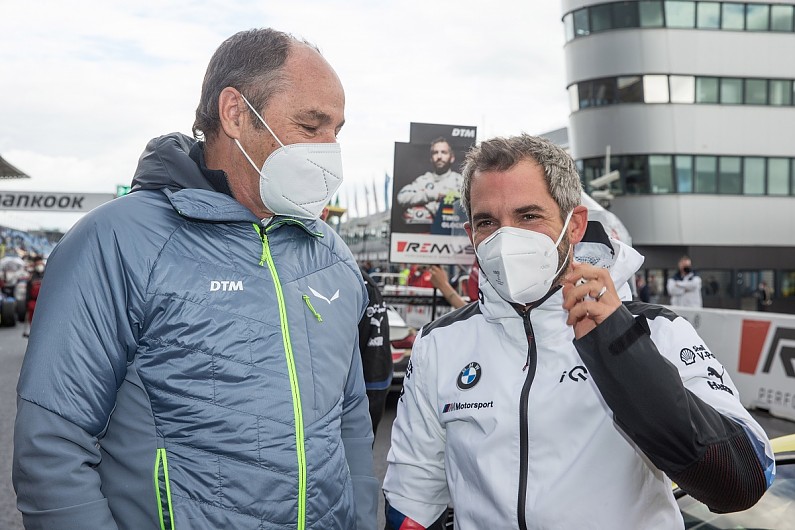 Will the DTM continue to attract top quality drivers?

Berger has insisted that the DTM would remain a series for professional drivers and will not feature a driver categorisation system used in other GT3 categories that allows amateurs to race against full-time racers.

He is also confident of retaining current drivers as he believes the DTM would go on to become "the best GT sprint series in the world" when it transitions to the new ruleset.

Prior to Saturday's announcement, Audi Sport boss Dieter Gass said he would be willing to let the marque's factory drivers compete in the DTM for its customer teams.

"Supporting could mean drivers we have on our contract will run in those teams," Gass said. "Then obviously it would be kind of an agreement we would need to find with the teams on the economical side."

BMW's stance on this matter remains unclear, but there is no reason to think that it would prevent its drivers from competing in the DTM.

However, both Audi and BMW have vacant seats in their respective teams, while BMW also has a factory programme in the GTLM class of the IMSA SportsCar Championship - although it is yet to formally commit to the 2021 season. This mean both marques could call upon their factory drivers to compete in championships. 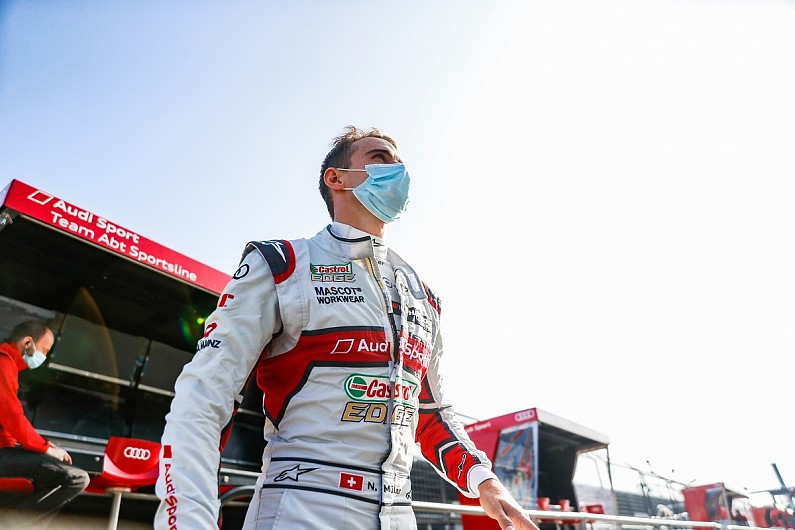 Two-time DTM champion Rene Rast competed for Audi in the final six races of the 2019-20 Formula E season in Berlin and is widely expected to sign a contract for the 2021 campaign alongside Lucas di Grassi.

Current championship protagonists Nico Muller and Robin Frijns also raced in Formula E in the recently-concluded season for Dragon and Envision Virgin Racing respectively and the latter already has a firm contract for next season.

BMW also has a seat to fill in its Formula E team following the departure of Alexander Sims to Mahindra. Philipp Eng recently expressed his desire in racing in the all-electric series next season, while his stablemates Marco Wittmann and Lucas Auer have also tested BMW's FE cars in recent months.

It is unclear if the 2021 calendars for both championship would allow drivers to undertake a dual campaign. 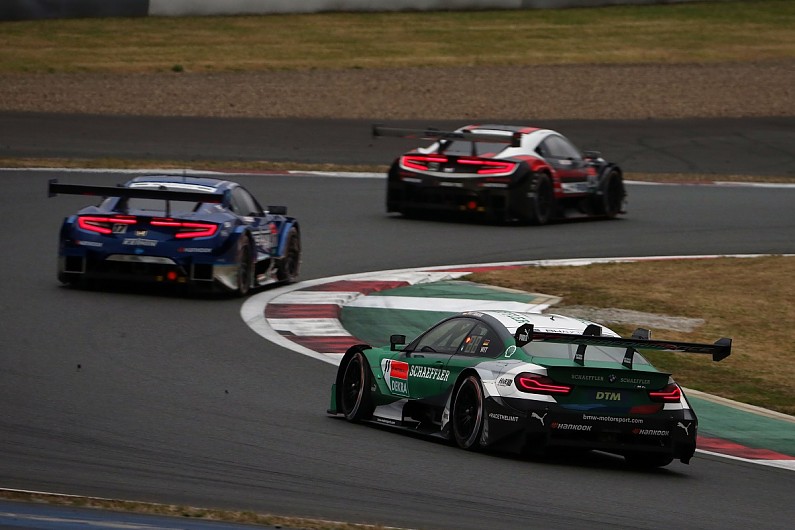 What does it mean for Class One?

SUPER GT and the DTM agreed to Class One rules to much fanfare in 2018 and there was talk about expanding the scope of the tie-up to begin a global championship sometime in the future. A joint race between the two categories was held successfully at Fuji Speedway in Japan last year.

This was a culmination of the efforts that began in the early part of the decade that saw the DTM and SUPER GT share several common parts such as the chassis, before agreeing to a complete unification of the rules.

But the adoption of GT3-based rules means the DTM will abandon Class One in 2021, despite Berger remaining a vocal supporter of the ruleset and its ultimate potential.

However, the DTM's move won't mark the end of Class One itself as SUPER GT will continue to ruleset until at least 2023.

ITR and its SUPER GT equivalent GTA are also set to meet on 27 September to discuss their future relationship, with one of the topics up for discussion being the use of common parts. 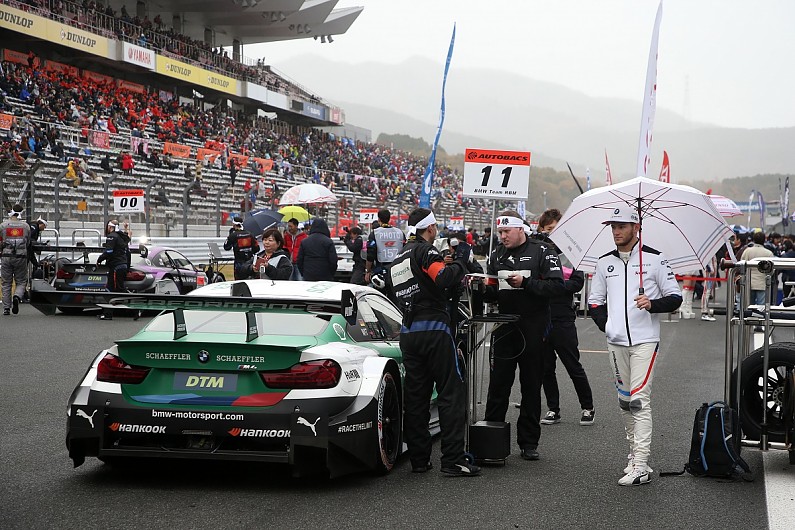 What else will change in the DTM?

While the DTM will switch to GT3 cars next year, it will retain its current weekend format of two sprint races, each lasting 55 minutes plus one lap.

The calendar would again be split equally between German and non-German venues, with Berger targeting between eight to 12 rounds - with 10 being the ideal number.

And although DTM, short for Deutsche Tourenwagen Masters, will become a sportscar racing series in 2021, it will not change its name. ITR had previously wanted to rechristen the DTM in its bid to boost the series' international appeal, but the DTM name will now continue to live on.

"I love the name DTM," Berger said. "It will stay forever."

Among other changes, the DTM will undergo a change of ownership following Audi and BMW's decision to withdraw their shareholding in ITR e.V. This would see Berger take over full ownership of the DTM via his company BMS. 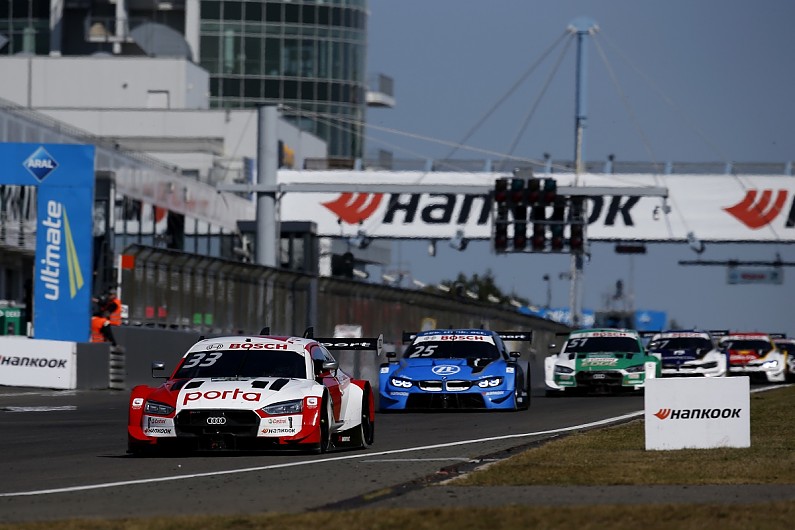